An Interview with Jordan Ray of Limitless Medical Logs

Jordan Ray had it all.  She was a star softball player at 17, just beginning to apply for colleges and receiving offers to play college softball.  Then suddenly it all changed when she blacked out on the field during the opening play of a softball game.  Here’s our interview with Jordan, who is now 21.

AW: Tell us about your softball experience.  Do you still play?

JR:  I started playing softball at 4 years old and played for 13 years.  When I blacked out at 17 years old, that was my last game.  Today I coach for the Royal Palm Beach High School, and SoFlo Wicked Fast Pitch travel team.

I started at age 4 at Tiger Shark Cove Park, starting my competitive travel career at age 8 for the Wellington Wild for 5 years, then moving on to one of the top travel programs in the country, “Gators Gold”  for 4 years until age 17.  I played for Polo Park Middle School, receiving the Coaches Award and being the Captain in my 8th grade year.  At age 8 my family and team were traveling across the states competing every single weekend in tournaments.  For 9 years we probably had 2 weekends free, due to the constant travel tournaments. I also had practice 3 times a week.

I competed at Palm Beach Central High school for 3 years as a varsity starter, receiving the MVP my freshman year, making it all the way to regionals two years in a row. I was the 3rd baseman and a power hitter. When you hear the opponents coaches say to their players, “DO NOT HIT TO THE 3RD BASEMAN,” you feel like you have accomplished something, showing your talent and hard work.

AW: Tell us about your diagnosis when you were 17.  How did that change your life?

JR: It began when I was running for a bunt and suddenly blacked out on the softball field. I was on the ground for 4 seconds.  After that I went right back to my position.  I had a horrible migraine.  But it was an important game, so I played for three more innings.  My trainer took me out of the game when she saw how the migraine was affecting me.  I stayed on the sidelines for the rest of the game.  I went to an orthopedic doctor two weeks later.  He said, “you’re fine. You just have whiplash.”  About 50 migraines later, I went to a neurosurgeon.

I was diagnosed with Chiari malformation.  I had several MRIs and cat scans.  It hurt to sneeze and cough.  The CSF flow to my brain was blocked. Some of the symptoms included neck pain, migraines, legs tingling.  The neurosurgeon said to me, “Get ready, kid.  You’re having brain surgery.”  My next question was will I play softball again?  I had started touring colleges.  We scheduled the surgery for December 1, 2015.  The scariest part was not knowing what would happen.  I had to get a will and a living will together before the surgery.  I stayed in kids’ ICU for five days stayed after surgery.  It was a nine-hour surgery.  They actually removed the back of my skull and replaced it with a Dura patch.

This changed my life drastically.  I’m not allowed to play the game that formed me into the person that I am today.  I’m still battling the Chiari. The good thing is that it led me to create a product and company that’s helping so many others.  I truly believe that everything happens for a reason.

AW: What other health issues has your family experienced?

JR: My Mom was diagnosed with breast cancer when I was 16. I’m grateful that it happened back then – when I could escape into softball and before my own diagnosis.  My uncle got diagnosed with Stage 3 to 4 colon cancer.  He’s staying with us now.  I’m still dealing with Chiari.  There’s no cure.  But you can limit the symptoms, which include bad memory loss and migraines.  I still get about 5 migraines per week.

AW: How and why did you decide to start Limitless Medical Logs for the medical field?

JR: When my Mom got diagnosed, I saw her struggling to remember – how she had been doing.  When my health failed, I realized how it is to experience forgetting important things. At 20, I launched Limitless Medical Logs.  I created it based on my own experience.  I saw the need for this – a written log of your health history. Doctors pay attention when they see that you’re taking care of your own health.  I spent two and a half years designing it.  I just launched it 5 months ago. There are three different logs: diabetes, cancer and essential.

I lost softball, but I gained this.  I’ve always wanted to help people.  There’s a reason there’s a book (instead of an online solution) – it’s therapeutic to write.  The book also includes inspirational quotes for every page of the 52-week log.  For example, “Don’t let your struggle be your identity.” – Deidre Wallace.  For more information about these logs, you can visit www.LimitlessMedicalLogs.com.  It’s a chance for you to write your story while you’re battling a health condition.

AW: But why a written log in this day and age of everything online?

JR: When I have a migraine, I can’t even look at the screen of a cell phone.  It’s so much easier to write when I have a 10 out of 10 migraine.  The actual writing is therapeutic.  It’s an 8.5 x 11 log, so you can see your history, more accurately and in a timely manner.  It’s going to be changing the lives of people battling health issues.  If I had this when going through it, we probably wouldn’t have wasted that much time and money on the doctor appointments.   You can avoid medical mistakes and you can pinpoint the problem.   We are also developing an app for the future.

AW: When were you Wellington’s Hometown Hero?

JR: In October of 2018, I was the Wellington, FL Hometown Hero.  I was in the Palm Beach Post and the Sun-Sentinel. We did a video shoot at Tiger Shark Cover Park.  For February of 2019, the Hometown Hero is an organization called “The League of Yes.”  It’s a wonderful thing, kids with disabilities playing baseball for a day.  I was asked to coach the event.  It was really eye-opening to see how the kids responded to the coaching.  “When I was growing up, I took softball for granted – I never expected something like this.”

AW: What do you love about living in Wellington?

JR:  I was born in Davie and moved to Wellington when I was three years old.  I currently live by the polo events.  I like driving around Wellington and enjoying the great outdoors.  It’s fun to see horses crossing too.  It’s a cool atmosphere.  I love that we’re 20 minutes from the beach – I’m also big on boating and fishing.

AW: Tell us about your family.

JR: It’s just my Mom, Dad and brother Zachary, who is 17. We’re a very close-knit family. He’s about to get his private pilot’s license.  We’ve both been flying since 5 years old.  I landed a plane when I was 7.  My brother kept up the interest in flying.  He’s also a drone pilot and loves building things.  He was just accepted into Emory Riddle in their aerospace program.

I cannot thank my parents enough for the support and opportunities they gave me. They let me compete in the sport I absolutely love and they allowed me to create memories I will always cherish.

AW: What’s your plan for the future?  What career path do you want to take?

AW: What advice do you have for young people who are faced with a medical concern like you were?

JR: To never give up.  You’re going through a rough patch right now.  It’s not the end, you’ll get over it and you’ll get through this bump in the road.  The company is exciting for me because it’s so tough battling health issues. We know about illness in my family, with it going from my Mom to me to my Uncle.  You need to fight every day.  But the possibilities are “Limitless,” as I like to say.  With Limitless Medical Logs, we can help you in unlimited ways. 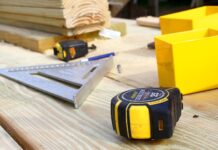 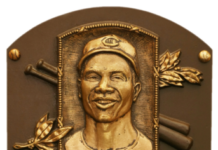