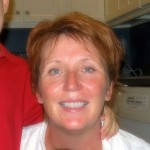 Not Your Mother’s Rubber Pants!

OK, I get that for many (most?!) parents, the mere mention of cloth diapers conjures images of urine-soaked pants, wayward poop, and a screaming child impaled by industrial-strength diaper pins. Hardly the makings of a successful marketing campaign! But wait — time marches and innovation prevails and I promise that today’s cloth diapers bear little, if any, resemblance to the cloth diapers of your parents’ and grandparents’ generations.

When I was pregnant with my first child I proudly announced that I was intending to use cloth diapers, however, my tree-hugging proclamation was met with more than a few snickers of disbelief and barely-concealed eye rolls. Not easily deterred, I persisted and committed myself to learning about every aspect of cloth diapering. What I found was a vast array of choices, none of which involved rubber pants or industrial-strength pins!

If the environmental concerns aren’t enough to motivate you to switch, consider the compound that makes disposable diapers so absorbent — sodium polyacrylate. Sodium polyacrylate, the über-absorbent polymer that absorbs up to 100-times its weight, has been implicated in toxic-shock syndrome, severe allergic reactions, and cancer. It is on the EPA’s list of “most toxic carcinogens”. Disposable diapers also contain tributyltin (a compound that has been repeatedly linked to immune and endocrine dysfunction, including sterility in boys) and dioxin (a potent carcinogen banned in most other countries).

So now that you’re (hopefully!) aghast at the consequences of disposable diapers, let’s move on to the fun stuff! Thanks to the imaginations and determination of many mothers, today’s cloth diapers are readily available, easy to use, and overwhelming adorable! While you do still have the option of cloth flats and pins, most cloth-diaper users eschew them in favor of the fitted, all-in-one, or pocket diapers.

Fitted diapers require no pinning or crazy origami folding skills, and most are fastened using either snaps or velcro. They are typically made of absorbent fabrics like micro fiber, hemp, bamboo or cotton. Fitted diapers are not waterproof and require a waterproof diaper cover. Diaper covers also fasten with either snaps or velcro and are typically made of polyurethane laminate (a lightweight alternative to rubber pants!), fleece or wool. If you’re looking for a cloth diapering system that is both easy and inexpensive, fitted diapers are the way to go.

All-in-one (AIO) diapers — the Holy Grail of cloth diapers! They are every bit as simple and convenient as a disposable diaper and, because of this, tend to be the most “dad-approved” of all cloth diapering systems! Like the name implies, an AIO diaper has the absorbent material of a fitted diaper, with the waterproof outer layer of a diaper cover already attached. They go on and off just like a disposable diaper, fastening with either velcro or snaps. Because you’re paying for the convenience, the AIO diapers are the most expensive of the cloth diapering systems, but many families feel like the ease is worth the extra expense – especially since they’re still less costly than disposable diapers.

Pocket diapers are a hybrid between fitted and AIO diapers. They are made of a waterproof outer layer, with an inner layer that is typically made of either microfiber or fleece. The “pocket” formed between the inner and outer layers can be filled with a variety of absorbent inserts. The pockets diapers were always my favorites because I was able to customize the degree of absorbency with the number and type of inserts I used. Pocket diapers are also great for babies who are prone to diaper rashes, because fleece and micro fiber efficiently wick moisture away from delicate skin.

“But what about the poop?”

That was always the first question I got whenever I mentioned that we were a cloth-diapering family. Poop is not a problem, I promise!! One of the greatest innovations in diapering is the flushable diaper liner!! Flushable liners are placed between baby and diaper, catching any, um, unpleasantness, before it reaches the actual diaper. The liner (and its contents!) are simply placed in the toilet and flushed. We found this system to be far more sanitary – and far less odiferous – than the poop-filled-bomb-in-the-diaper-genie approach!

After the ubiquitous poop question, the next question people usually asked was about washing the diapers. You do NOT need a diaper service. There are a zillion different schools of thought regarding how to wash cloth diapers, but the one thing that everyone agrees on is that washing diapers at home is not a big deal (especially if you’re using the flushable liners). I opted to use a dry pail method (meaning I didn’t soak diapers prior to washing them). Each dirty diaper was tossed in a lidded diaper pail kept near the washing machine. Every day or two, I’d dump the pail into the washing machine and do a load. I used a cold water wash with an extra rinse cycle and added a scoop of baking soda along with a dye-free, fabric softener-free detergent. The clean diapers were then tossed them in the dryer to dry. Easy-peasy!! Hopefully I’ve been able to demystify cloth diapers enough for you to consider making the switch! Spend a little while poking around Google and you’ll find more than enough resources to get you started. Many on-line stores offer starter kits, which are reasonably priced collections of the most popular diapers. These kits allow you to try a few different types of diapers at a very reasonable cost. So go ahead and try!!!

Tricia Chasinoff is a developmental neuroscientist turned stay-at-home mom—who thinks the latter is FAR more challenging! She lives in Wellington with her husband, Rich, and their children, Ean and Zoe. If you have any questions about how to be green, feel free to email her at: triciabliven@yahoo.com.

Refresh Your Drink Menu with a Cocktail Garden