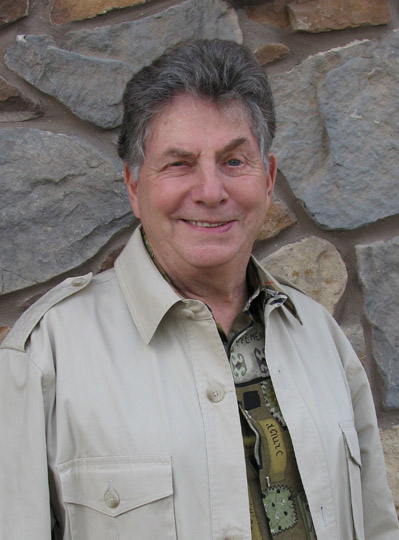 An Open Letter to George Clooney

I have some good news and some bad news for you.

I will start with the bad news, since I can be quite succinct:  I may likely replace you as a selectee on this year’s list of the world’s 100 most beautiful people.

Since People Magazine first compiled this list eighteen years ago, I have been summarily snubbed each year – an oversight I consider heinous and criminal.

This year, however, my outstanding credentials can no longer be ignored.  Please observe the accompanying photograph.  (Editor’s Note: The photo has been inserted at a larger size this month, so you can appreciate a face you will not forget). Note that my hemi-facial tic has now created a droop to one side of my mouth, resulting in an asymmetrical rakishness; clearly, the likes of Halle Berry and Jennifer Lopez will consider this irresistible.

Unseen, but unequalled, are my back and shoulders, which boast a mature character no peaches-and-cream complexion could match:  I have sprouted so many warts, welts and liver spots that every Dalmatian in the county wants to mate with me.  Also invisible, but enticing:  my love handles have reached the size of elephant ears.

Needless to say, George, you are in deep trouble here.  I suggest you prepare yourself emotionally to be bumped.

As for the good news, you needn’t worry about me entering the acting profession.

I recently took a role in the play, “Murder in the Cathedral,” T.S. Eliot’s famous take on ugly Twelfth Century English political juggling and back-stabbing (much of which sounds eerily like the shenanigans going on in our current presidential campaign).

I thought if news reached you that I was engaging in my first acting experience, you might start quaking.  But fear not, Mr. C.  I had a small part in a staged reading of the drama, which was performed only twice at two different cathedrals.  (Actually, it was a full production with actors on book.)  I played one of Thomas a Becket’s tempters.

The lead, a superb professional named Todd Caster, memorized his entire role, and played it so well I doubt you could have matched it.  Another of Becket’s tempters, a beautiful professional and Carbonell Award winner, Nina Baeza, also memorized her role – and she had twice as many lines as I did.

I started slowly, deciding to master only my opening line for the first rehearsal:  “I am an unexpected visitor.”  Concentrating so hard on these five simple words – IamanunexpectedvisitorIamanunexpectedvisitor – I almost missed my cue and tripped when I came onstage and blurted out,

“I am an unexpected klutz.”

Todd looked at me and tried to say his next lines with a straight face.  He very generously dismissed my mistake as a typical faux pas due to inexperience.

I’m not sure why, but learning my lines became somewhat of an obsession.  I recited them while driving; mumbled them to myself while shopping (eliciting many stares); delivered them to my mirror while shaving.

One day, while dusting, I was so deep into my role that when the phone rang, I picked it up and shouted, “I am a country-keeping lord who minds his own business!”

I had told my kids about the play, and thought Amy understood I had simply been rehearsing by myself.  Until five minutes later, when my son called.

“Dad,” Joel said with no preliminaries, “are you okay?

I explained again.  I was sure my kids had been mollified.  However, since then, one of them calls every single day.

Eventually, I gradually learned most of my lines and seemed to be doing well until we moved into the blocking phase of rehearsals.

Marge Lyons, our canny director, worked out a simple routine for my role, one in which Todd and I sort of circled each other while delivering our lines.  I felt the action worked very well, kind of like a Medieval dance.

Later, Todd took me aside and said very politely, “Look, I know you’re new at this, but it’s kind of hard for me to move around when you’re standing on my toes.”

By the time of our first performance, I knew my lines well and the play went over very well.

Then we moved to our second venue at another cathedral.  On the day of our second (and last) performance, I stood backstage while our sound technician hooked up my microphone, silently going over my lines.

The play would start in a few minutes.  The sanctuary was filling up.  We all talked very quietly.

I sat down next to another tempter and started kidding him, telling him his shirt wasn’t black enough.  (We had to wear black shirts and pants, black shoes and socks underneath the white robes we were about to don.)

Suddenly, the audience started laughing.  We all looked around, curious, when Marge came racing in and said, “Your mikes are on!  Your mikes are on!  They’re laughing because they all heard Wendell saying he feels like a greeter in a funeral parlor!”

Well, Georgie old boy, you’ll be happy to know the performance went well in spite of me.  I did not forget one line.  In fact, to this day, the words still haunt me.

But I’m sure you’ll be very gruntled to learn I have no aspirations in the acting world.

However, you have been forewarned about the People Magazine “most beautiful people” issue.  I fully expect to be contacted for a photo op any day now.

Wendell Abern can be reached at dendyabern@comcast.net.