Was Then Better Than Now?

I don’t check Facebook that frequently (as it can be habit forming), but it is a wonderful way to stay in touch with my high school friends. Needless to say, it was a high school friend that shared the post below. At first I didn’t think much about it. I read it and went on with my day. Later on, the words kept coming back to me. 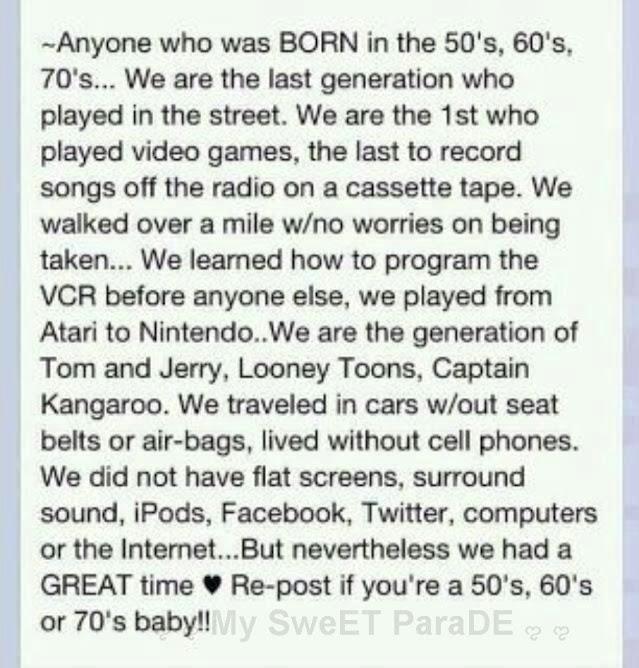 How fortunate I was to have experienced the transition from the telephone cord era to the digital age. When I was in college, music arranging and orchestration were among the many subjects I studied for my music degree. I spent countless hours copying the parts for musicians to be able to perform my compositions. I developed a callous on my finger where my pencil rested. Writing out parts was extremely tedious and tiring. Occasionally, I’d copy a music note incorrectly – causing me great embarrassment in rehearsal. In my wildest dreams I never imagined that one day I would be creating my orchestrations on a computer, and with the touch of an “enter” key the musician’s individual parts would pop out of my wireless printer. To top it off, with the help of digitized instruments, I can hear my pieces in advance prior to rehearsal and performance. This has greatly improved my creative process.

Music students today are fortunate to have the digital jump-start I didn’t have access to. Do I miss writing out those parts? NO! Do I miss the excitement of hearing a work for the first time with full orchestra, jazz band or choir? Yes. What can be learned from this ever-changing era of instantaneous satisfaction? You want a song? Download it. You want to watch a movie? Stream it. Admittedly, I am thrilled that I can do all of the above. But, gone are the days of getting a wrapped gift on your birthday shaped like a record. Of course, we’d always sarcastically say, “Let me guess… it’s a record,” prior to opening it. Those born a bit later than me will one day lament for the same, but the memory will be in the shape of a CD. Now, when asked what I want for my birthday it’s always the same answer: an iTunes card.

My greatest error in judgment about the foreseeable future occurred in about 1982. I had to write a music soundtrack for a corporate film about a computer system called Prodigy. It was a system that you could actually use at home to peruse and shop for goods and services. I said to myself, “This’ll never fly.” Boy, was I wrong! Well, maybe partially. Prodigy didn’t last very long but home computing changed everything about the way we work and live.

In this fast paced digital world I often feel like there is so much to learn and do that it actually stops me in my tracks. I get perplexed and it stifles me! What should I do first? Watch a tutorial on a software upgrade? Tweak my photography with Adobe Photoshop or Lightroom? Write a soundtrack for a short video I edited and post it to YouTube… listen to an audiobook… or simply ride the bicycle I ordered online. Hopefully, if the weather is beautiful, I’ll choose the bike ride.

The best way to handle the changes occurring so quickly is to grow with it. Keep the “analog” that pleases you in your life. Go to “live” concerts by downloading the tickets in advance. Investigate museum websites and explore the exhibits that might interest you. Make a dinner reservation on OpenTable and, after dinner, stop by a Karaoke bar and sing your heart out. Blend the beauty of what we have from yesterday with the tools of tomorrow.

Now if I could only get the computer to do my laundry? Hmmm, a laundry washing app. Nah, that idea will never fly… or will it?

Get out your elephant pants… Mad Men is Back!

Never see a Mad Men episode? To catch up on missed episodes go to:

Eight days of films from around the globe, industry panels, seminars, student filmmaking programs, network opportunities and gala events all set against the background of our tropical South Florida beaches, waterways and venues. Admission is $10
For film listings and venues see: www.pbifilmfest.org or call 561-362-0003

3) Attend a concert at: Florida Atlantic University in Boca Raton

Masterworks from Around the Globe
University Symphony Orchestra
Saturday, April 5 at 7 pm, conducted by Laura Joella.

Enjoy a splendid evening of classical, romantic, and modern masterworks from Europe and America. Krisztina Kover, FAU Instructor of Music, will be the featured piano soloist for Mozart’s Piano Concerto No. 12 in A Major. Other works include “Papillon”, based on themes from Jerry Goldsmith’s music for the film, arranged by FAU Associate Professor Alejandro Sánchez-Samper; Allegro non troppo from Brahms Symphony No. 2; Verdi I Vespri Siciliani Overtur; and J. Strauss Jr.’s Thunder and Lightning Polka. Tickets $10 at www.fauevents.com

The FAU Wind Ensemble opens this powerful concert with Above and Beyond, a new work for winds from one of the great musical minds of our time, Gerard Schwarz. Darius Milhaud’s jazz-influenced Le Creation du Monde then paves the way for the David Maslanka’s epic and emotional A Child’s Garden of Dreams. Suggested $10 donation at the door.

For more information about all concerts go to: www.fau.edu/music/mp_concert_season.php

4) See a play or hear a lecture at: Palm Beach Dramaworks in West Palm Beach:

Times are tough for the Gordon family in this funny, astute play, but the matriarch of the clan has no intention of dividing her 100-year-old estate – even if her greedy children have other ideas.

The author of The House of Bernarda Alba and Blood Wedding was a liberal rebel against Spanish society who was captured and killed by Franco’s brigade. Completely banned in his homeland until decades after his death, Federico Garcia Lorca ultimately would become known as one of the greatest Spanish dramatists – A presentation by Mark Perlberg.
For tickets and more information go to: www.palmbeachdramaworks.org

For those curious about the sport of polo, past, present or future, the Museum of Polo and Hall of Fame is a rich repository for the story of American polo. The Museum is home to an extensive collection of historic documents and physical treasures which include extraordinary works of art, magnificent trophies, artifacts, books, statistical records, periodicals, films, videos, recordings and polo memorabilia. The Museum is dedicated to the preservation of the grand history and tradition of the sport of polo for the generations of the future.

A multimedia theater is a part of the Museum that features important films and videos of the sport and the library contains many books, journals, magazines, statistical and written records, all of which are available for research. Every year, new and exciting exhibits are added to the Museum that are of interest to players and fans of the sport.

A permanent and newly renovated exhibit, a polo timeline of sorts, is a fascinating journey from the roots of polo which originated in Asia over 2,600 years ago, through the decades of its evolution in America, to its present day status as a worldwide sport. Polo has survived and continues to flourish owing much to the enduring relationship of human and horse that is celebrated in this exhibit. Other newly added exhibits include fascinating elements of polo such as “The Polo Pony; An Extraordinary Athlete,” The History of the Westchester Cup, Women in Polo, Ten Goal Players, Arena Polo, Horses To Remember Portraits with push-and- play information, Best Playing Ponies, and the sweeping history of the “Super Bowl” of polo in America, the United States Open and much more.

Also in the Museum, visitors can explore the Hall of Fame area, and reflect on the many magnificent trophies dating from the 1880’s around the time of the birth of polo in America. – Taken from the Museum of Polo and Hall of Fame Website

For More information go to: www.polomuseum.com 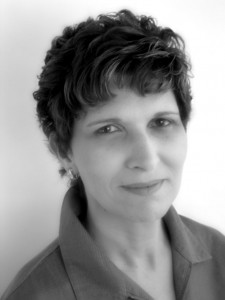 Their eldest, Sam, 27, is a media producer and conceptual artist who currently resides in (extremely hipster) Brooklyn, NY. Her younger children, Evan and Rachel, wrote the Around Wellington “Teen Talk” column in previous years. Rachel, 24, lives and works in Boston, MA and Evan, 21, is a senior at American University in Washington DC. Eric has practiced radiology in Wellington since 1991. His many talents include artist, cook, photographer and, recently, medical app developer. You can learn more about Lori at www.loribaumel.com or read her blog: www.grownupcamp.tumblr.com 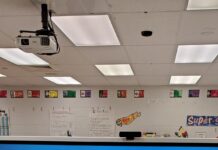