The idea announced in 2018 is making strides in community interest

BOCA RATON, Fla. — (October 8, 2020) — On October 13th at 1:30 p.m., the Board of Boca Raton Center for Arts & Innovation will be updating the Boca Raton City Council on their project development after receiving unanimous conceptual approval from Council in 2019. 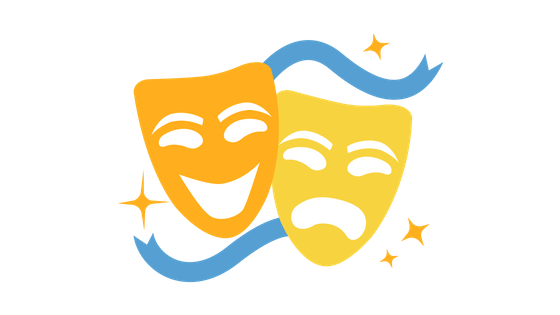 The concept for the Boca Raton Center for Arts & Innovation (The Center) was announced by the Boca Raton Arts District Exploratory Corp (BRADEC) in 2018 as a strategic plan to create a hub of culture & entertainment for the Boca Raton community at the north end of Mizner Park, fulfilling a promise made to residents decades ago when Mizner was first developed. BRADEC will request that Council ask their staff to work with BRADEC on the formal documents securing City partnership on the project. This includes a 99/year ground lease for $1, continuation of the City’s current annual allocation for Amphitheater activities, & some appropriate shared services.

The Center’s focal point is a multi-form main theatre that is fully equipped with state-of-the-art audiovisual technology & can accommodate up to 1,100 patrons. The shape-shifting architecture of the Main Theatre enables several layouts including retractable seating for a flexible flat floor configuration, allowing for galas, corporate events & conventions focused on the creative industries. This flexibility makes it one of the first of its kind in this region of the US.

The Center will also infuse major capital into the existing amphitheater to greatly improve the experience for up to 3,500 attendees through improved amenities, access, parking, ticketing, seating, & weather-proofing with an iconic permanent canopy for shade & weather protection. This canopy has been designed to provide a “third space” by making a space that is outdoors feel indoors through innovative kinetic elements that cool the space. The improvements to the existing venue will also include a “structural curtain” to close the front of the amphitheater, enabling the space to be transformed into an additional climate-controlled performance, event & immersive media space that seats up to 450.

The entry to the Center will feature a host of public amenities, including an “Innovation Plaza,” protected from the elements by an extension of the overhead Canopy. The Center’s “Community Center” includes an incubator & workshop space with adjoining cafe storefront, & a signature, freestanding staircase that connects the Plaza level with “cloud corridors” & leads to the Main Theatre’s Balcony level. This Community Center also features a Large Rehearsal Studio that converts into a 99-seat, jewel box performance, education & event space, & is adaptable as a banquet or conference room for private functions.  Lastly, an outdoor lobby & rooftop terrace provides space for performances, corporate networking events, & a casual environment where the community can gather, as well as the addition of a six-story parking garage to accommodate the new venues.

Built on a plan that means business, the Center, as a whole, will drive over half a million new annual visitors to Boca Raton, support more than 12,000 jobs, produce over $240M in local spending by tourists & retained locals, & infuse over $1.3B in overall economic impact into the community.

“The City of Boca Raton has almost every desirable amenity for its residents, businesses & tourists,” says President of the BRADEC Board, Andrea Virgin. “But the one component that has been out of step is our cultural infrastructure. We hope to resolve this gap by delivering future-forward venues that address the opportunities of our times & anticipate the needs of future generations of residents, artists, & businesses.”

Next steps for the project include another meeting with Council in early 2021 to approve the formal partnership. Following that approval, BRADEC would commence fundraising in earnest, in conjunction with further planning & design, with the goal of opening the new Center at the end of 2025 — which happens to be the same year of the City’s centennial — or early 2026.

“How wonderful would it be for our City to celebrate its past 100 years as we look ahead to the next 100 with a next-century piece of infrastructure?” added Virgin.

Due to the COVID-19 pandemic, those interested in watching BRADEC present the updates of the new Center to the City Council can do so by registering here to watch virtually.

About the Boca Raton Center for Arts & Innovation:

Conceptually announced in 2018, the Boca Raton Center for Arts & Innovation is a non-profit mission to create a state-of-the-art hub for arts, culture & entertainment for the community of Boca Raton, Florida. The Center imagines six diverse & adaptive performance & event spaces — indoor & outdoor — ranging in seating capacity from 99 to 3,500 seats. These can be programmed as individual spaces or combined to host events for nearly 6,000 total attendees.

The venues include a state-of-the-art, 1,100-seat concert & performance hall, designed as a multi-form theater; an amphitheater stage that can be transformed into a 450-seat “Black Box” space through use of an innovative bi-fold door; the 3,500-seat Mizner Park Amphitheater, which can be programmed simultaneously with the “Black Box” space; a jewel-box, 99-seat performance hall that can be converted into a large rehearsal studio; an outdoor rooftop terrace, which can accommodate an estimated 200 patrons; & a large, open-air lobby situated above ground level, protected from the elements by an innovative canopy feature.

For more information on this project & how to get involved, visit their website https://bocaratonartscenter.org/.

After decades of working in both the performing arts as a professional ballerina & in commercial real estate, Andrea Virgin decided to combine both careers with her love of community to fill the cultural gap that she’s known has existed for decades. Since 2017, Andrea has combined her experience & connections to enable over $1 million to be donated, major stakeholders to gather, world-renowned consultants to be engaged, unanimous conceptual approval to be granted by Council & promising discussions for major philanthropic support to begin. Andrea sits as President of the organization behind the vision & looks forward to bringing the world-class venues that mirror this world-class city.