Why is Cranio-Facial Pain Worse than Everything Else? 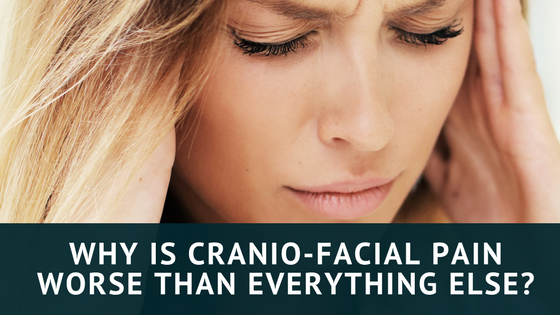 Pain is complicated. It’s even more complicated as a doctor because the expectation from years and years of conditioning is that when you have pain, then something about that painful body part must be damaged to cause it. When people are in pain, doctors are typically trained to identify things like a ruptured disc, broken bone, or torn muscle to validate a patients’ sense of suffering.

In this model, the more damage that is present = more pain. Less damage = less pain. 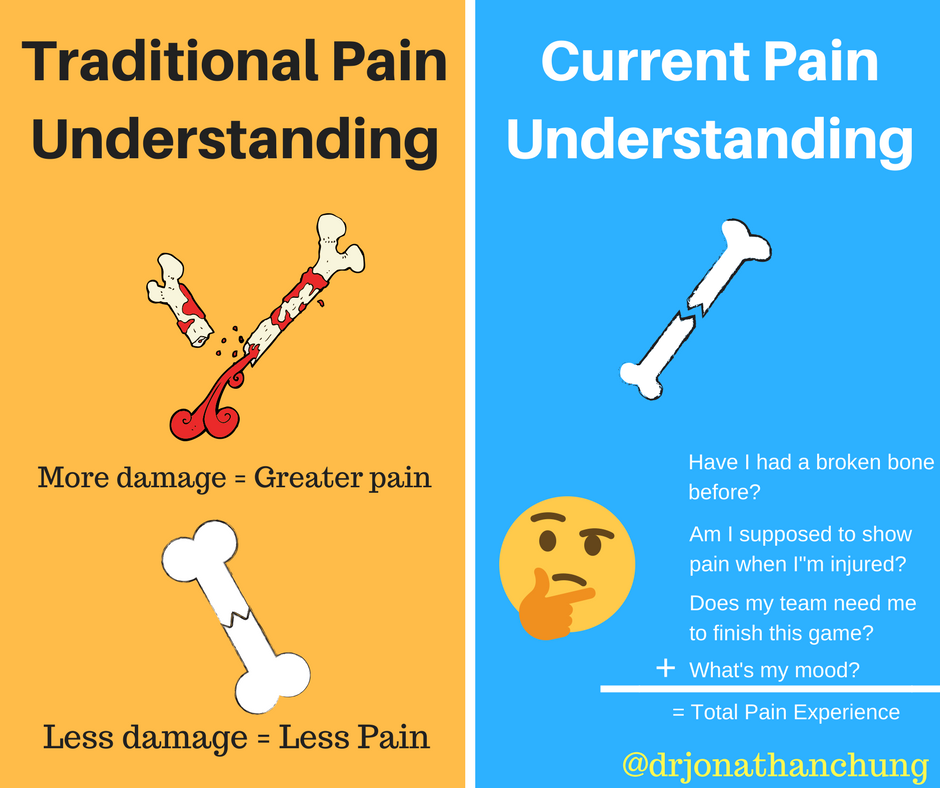 However, the experience of pain can be way more complex than finding damaged tissue. The experience of pain is an emotional response to ‘painful’ sensory receptors called nociceptors. Tissue damage can cause a lot of pain receptorsto fire, and trigger increased pain, but it is far from the only factor in the pain equation. We have to take pain into the context of cultural, social, cognitive, and experiential factors.

Which takes us to an important point.

The amount of pain you experience can also depend on what body part is injured. As we’ll see today, there are hardwired circuits in your brain that can make the experience of pain in the head/face a different and perhaps worse experience then pain from the body as a whole.

Chronic pain is a known risk for suicidal ideation, and has been documented in numerous studies [source]. These thoughts have a higher chance of turning into behavior when you have chronic pain and a co-morbid mental health disorder [source].

This effect seems most pronounced when the source of the pain is coming from the head or face. Two disorders in particular are highly associated with suicidal thoughts and behavior; trigeminal neuralgia and cluster headaches. Trigeminal neuralgia has a high enough association that it was historically dubbed the ‘suicide disease’, while cluster headache has been known to be called the ‘suicide headache’.

Both of these illnesses are associated with some of the most intense pain that human beings can experience. The severity of the pain combined with the chronicity of the pain lead to a sense of despair because these disorders can be difficult to treat, so there is always a fear of the next attack.

Scientists have recently uncovered some neurological pathways that might explain why conditions like trigeminal neuralgia and cluster headaches can cause such disproportionate suffering compared to other body pains.

The Trigeminal Complex and the Limbic System

It’s been known that pain experienced in the head and face activate the emotional centers of the brain more than pain felt in the periphery of the body [source]. From an evolutionary standpoint, a higher state of pain in the head and neck region may have served a  purpose so that there would be extra vigilance in protecting this region of the body from injury. What was unknown was weather this heightened sense of protection was derived from a psycho-social factors, or if it was something that was hard wired into our nervous system.

Duke University scientists may have some answers. A 2017 study in Nature Neuroscience showed that neurons in the head and face have a direct pathway to the emotional circuits in the brain.

Why is this important? Because direct, aka, monosynaptic connections are way more powerful sensory stimuli than indirect pathways.

Think of it this way:

Let’s say you were mailing a time-sensitive package that needed to get to its destination as soon as possible. Would you choose to overnight it by plane, or would you choose regular first-class mail? 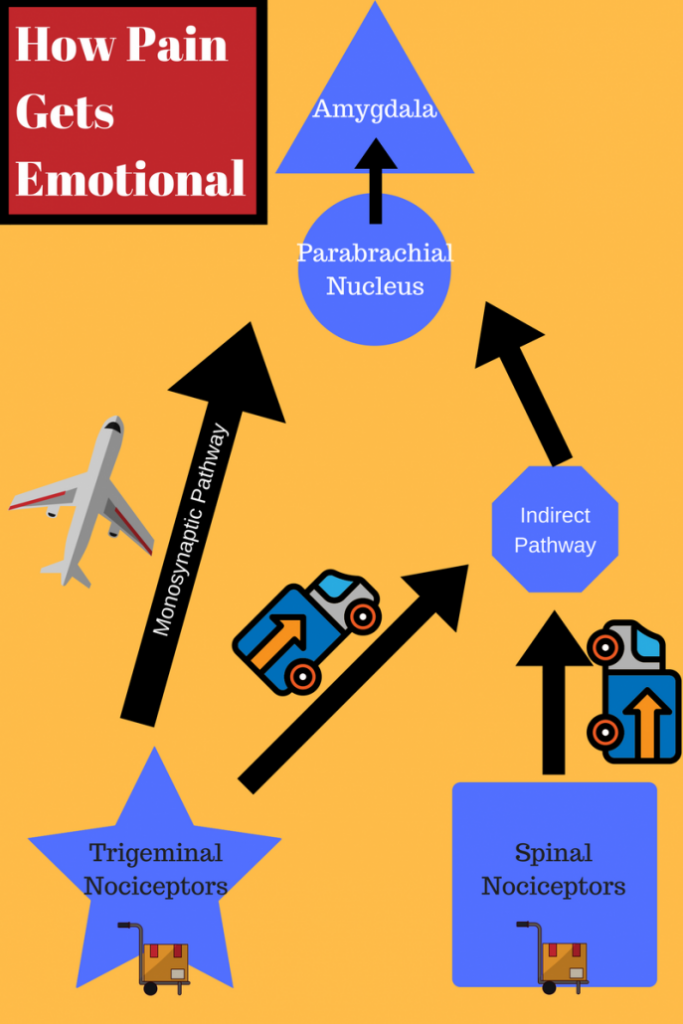 You probably chose to overnight it right? Why? Because it’s going to get there faster, and because the person receiving it is going to perceive that package as more important because it was sent with all of this overnight labeling implying it’s importance.

Our brains place a higher priority on signals coming from these monosynaptic pathways.

While other body regions only use an indirect path to the parabrachial nucleus, the trigeminal distribution uses both indirect AND direct pathways to stimulate this emotional hub.

The Emotional Brain’s Influence On Pain

How big of an influence does emotion make in the experience of pain? In this study, the researchers stimulated pain receptors in the paw or in the face of mice using a chemical called formalin. Using a technique called optogenetics, researchers can selectively activate brain activity in a mouse model using different light frequencies.

So you have the same amount of pain stimulus, the same mouse, and it experiences pain differently because the path to the parabrachial nucleus was turned off.

It suggests that our emotional brain’s connection to a painful stimulus plays a substantial role in the experience of pain.

There’s always a debate about nature vs nurture when confronted with the struggles of human existence. In recent years, it has evolved into a debate between biomechanical/orthopedic search to treat identifiable lesions vs a biopsychosocial approach which generally tends to lean heavily on the psycho and social components of the pain experience.

Here is some evidence that suggests that the two are inseparably linked together.

It also means that fear/avoidance behavior, and repetitive responses to painful stimuli may reinforce the neural circuits that generate the same pain over and over again.

Changing thoughts and behavior can have a significant impact on the perception of pain and the feelings of suffering for a persistent pain patient.

That doesn’t mean that we are just telling people in the midst of a terrible trigeminal neuralgia or cluster headache attack that they have to suck it up and think differently about their pain.

It means that when people have persistent pain disorders, in the process of treating patients with various interventions, we have to help and guide a patient through the process of re-framing their pain and illness.

This is really hard for patients with persistent pain. It means that sometimes we are walking a line where a patient may feel like we are telling them that the pain is just in their head. Sometimes it means that the patient is going to ask the same question, or tell you the same symptom over and over again because they’re looking for you to just understand that what they are feeling and that know that they’re being heard.

Trying to help a patient disassociate themselves from their chronic pain emotionally is challenging. After all, most of us didn’t become doctors and therapists to be a patient’s psychologist. However, empowering a patient with a stronger belief in the resilience of their body can be extremely fulfilling, and in my opinion puts people on the path to recovery while they’re in the process of receiving quality care. 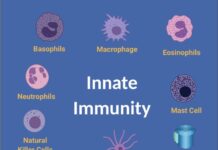 A Brief Tour of Your Immune System 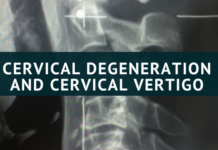 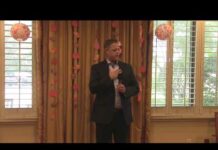