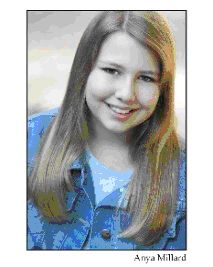 Hurricane Maria was devastating to Puerto Rico. Some people even died. It affected everyone. The entire island lost power and water, and in many places they still do not have those things, almost two months later.  I have been through many hurricanes and we lost power, but it was back on by the next week or sooner. But in Florida we rarely lose water and could always flush the toilet. I can’t even imagine how bad hurricane Maria has been to Puerto Rico. I am very grateful that this hasn’t happened to me because the stories of the families I have heard are awful. Families have lost almost everything and need a lot of help. 15% of the schools in Puerto Rico will never reopen and the children might never see their friends again. As of 11/10/2017 there are only 119 schools open from 8am-12pm for now, with no running water or electricity.

My classmates and I interviewed Greg Blount (the owner and founder of Eagle Arts Academy charter school for the Arts) and I saw his interview on CBS, channel 12. Thanks to Mr. Blount, kids can enroll into Eagle Arts Academy. He has a huge heart and is bringing kids from Puerto Rico to attend Eagle Arts. They are trying to give families a chance to start over. One girl and her mother came, and Mr. Blount has given the mother the opportunity to work at Eagle Arts.  The children at Eagle Arts are becoming friends with these new kids from Puerto Rico and are trying to make them feel at home. My friend’s little sister is close to a girl who came from Puerto Rico and I am glad I got to meet her too.

Mr. Blount is not just letting these kids go to his school, he started a GoFundMe account to collect money from Palm Beach County families to pay for hotel rooms for these families to live in, and for food while they are here. At Eagle Arts these kids receive free breakfast and lunch. Mr. Blount said that he has 20 free classrooms available and he is hoping to create “a school inside a school.” Most of the families that have arrived so far are only the mother and children while the father stays and tries to fix everything in Puerto Rico. Mr. Blount has said “some families only came with a backpack” and that the kids have lost their toys, clothes and more. Many people are donating these items and other things for the children. As Mr. Blount explained during the interview “my mother just sent a whole box of stuffed animals to give to the kids.” Hopefully, in a while, these families can settle down and return to their normal lives soon.

Eagle Arts can take up to 400 kids from Puerto Rico and has 18 students already enrolled. Kids have already missed 48 days of school as of 11/10/2017 and could miss the whole school year if the schools don’t reopen there. Mr. Blount is trying his best to make sure these kids are not behind.

This may be hard to get the people to Florida, but Mr. Blount has created a hotline, so they can communicate with these families. He also talked to the Chief Executive Officer (CEO) of Jet Blue and they are giving these families seats on their planes. Mr. Blount told me, “As an Eagle Scout, I’m about helping people.” He also has experience with losing a lot. He said, “after hurricane Wilma I had lost my house and my business.” He said that he has also used 3,000 dollars from marketing and 8,000 dollars from donations to help the Puerto Ricans, and the rest was money he earned or from the GoFundMe donations. I am very glad I go to a school that cares enough to help families in need and I am proud to be a part of that. 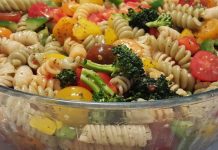 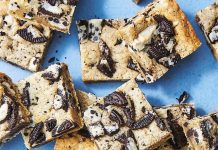 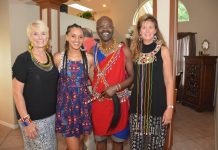