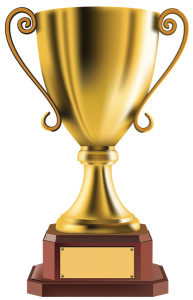 Scroogies are awards I inaugurated in 2006, as an homage to my idol and favorite role model, Ebeneezer Scrooge.

I award Scroogies only to those who have proved themselves worthy through acts of idiocy, inconsiderateness, boorishness, arrogance, or any other trait that just plain rankles me and merits my curmudgeonly wrath.

The following are eminently deserving.

Not me. My mouth.

Somehow or other, my mouth always seems to get into gear before my brain gets cranked up. My last blurt happened last month during a bridge tournament against two very nice-looking women.

My partner and I trounced them. Three hands. We demolished them in all three. When they arose to move to the next table, I turned to the woman on my right and said, “So I suppose this means I should give up all thoughts of being your boytoy.” In a Weinsteinian era, I’m still blurting.

Dirty looks from both opponents as they left in a huff. A dirtier look from my partner.

I have since decided my mouth is no longer part of my body, but a separate entity. While I have met many people during 2017 who merit humiliation as much as my mouth, I have decided this year to do something different.

From time to time, we all receive humorous e-mails. Many are genuinely funny. I have never before used any of them in a column, but in cleaning out my files last month, I came across some quotes that are so priceless, I saved them for this column.

Some of these inane comments were actually spoken by notable and famous people. However, I have not been able to verify their authenticity. In an effort to spare my editors angry phone calls from literary, sports and theatrical agents (and lawsuits from lawyers), I have not disclosed any names.

For those of you who are curious as to who could utter the following stupid comments, please send an e-mail to me at the address noted below and I will share the name(s) with you. To wit:

“Whenever I watch TV and see those poor starving kids all over the world, I can’t help but cry. I mean, I’d love to be skinny like that, but not with all those flies and death and stuff.”

3 – A New Orleans Saint running back

During an interview to become spokesperson for the federal anti-smoking campaign:  “Smoking kills. If you’re killed, you’ve lost a very important part of your life.”

“I’ve never had major knee surgery on any other part of my body.”

“Outside of the killings, we have one of the lowest crime rates in the country.”

7-  A football coach to his team

“You guys line up alphabetically by height.” To another group: “And you guys pair up in groups of three. Then line up in a circle.”

“It isn’t pollution that’s harming the environment. It’s the impurities in the air and water that are doing it.”

“I love California. I practically grew up in Phoenix.”

10  – A famous CEO of a large corporation

“We’ve got to pause and ask ourselves: How much clean air do we need?”

“The word ‘genius’ isn’t applicable in football. A genius is a guy like Norman Einstein.”

13 – From a state’s Department of Social Services

“Your food stamps will be stopped effective March this year because we received notice that you passed away. May God bless you. You may reapply if there is a change in your circumstances.”

14 – From a non-famous politician

“Traditionally, most of our imports come from overseas.”

15 – From a former FCC Chairman

“If somebody has a bad heart, they can plug this jack in at night as they go to bed and it will monitor their heart throughout the night. And the next morning, when they wake up dead, there’ll be a record.”

“Having more money doesn’t make you happier. I have 50 million dollars, but I’m just as happy as when I had 48 million.”

“We are here on earth to do good to others. What the others are here for, I have no idea.”

18 – A University of Houston wide receiver, on his coach

“He treats us like men. He lets us wear earrings.”

19 – From a church bulletin

“Ladies, don’t forget the rummage sale. It’s a chance to get rid of those things not worth keeping around the house. Don’t forget your husbands.”

20 – A boxing trainer, on the Spartan regimen of his heavyweight:

“He’s a guy who gets up at six o’clock in the morning, regardless of what time it is.”

For those of you who feel I have unfairly picked on too many athletes, I can only say I just couldn’t resist. They’re such easy prey!