GRANDFATHER MOUNTAIN:  THE ‘CROWN JEWEL’ OF THE TAR HEEL STATE

A Monumental ‘Masterpiece’ of Mother Nature

Grandfather Mountain is located east of Asheville and two miles north of Linville, along State Road 221. If you travelling along the Blue Ridge Parkway, take the exit at mile marker 305 and go north along SR 221 for one mile.  You can’t miss it!  And like everything these days, background information about Grandfather Mountain can be found online — (www.grandfather.com or www.grandfathermountain.org or 1-800-468-7325).

As soon as you pay your entry fee at the front gate, you will be given a CD which will give you an audio guided tour of the park – starting at the bottom and working your way to the top, which is a 2.5 mile drive.  The perfect travelling speed to say in sync with the audio is 15-20 miles per hour.  Within a matter of seconds, on your left, you will see MacRae Meadows, the site of the Scottish Highland Games which is held every July for Scottish clans.  The strong ties to Scotland are on full display during this annual athletic rendezvous.

The Flora and the Fauna

Soon after passing MacRae Meadows, take time to stop at the Half Moon Overlook where hundreds of pink shell azaleas and Catawba rhododendrons can be seen.  Grandfather Mountain is home to the world’s largest concentration of pink shell azaleas, which are native to northwest North Carolina.  Those azaleas are in full bloom in May and the rhododendrons are their most beautiful in June.  From Half Moon Overlook, you can see the top two peaks of Grandfather Mountain – Linville Peak and Second Peak (5,946 feet high).  As you travel toward Linville Peak and Second Peak, keep your eyes focused on the 19 different tree types; 64 different varieties of plants and flowers; and 73 rare or endangered species that live on the mountain.  It’s also worth noting that Grandfather Mountain features 16 different natural communities based on weather, forest, and typography.  It truly is a unique environmental spectacle. 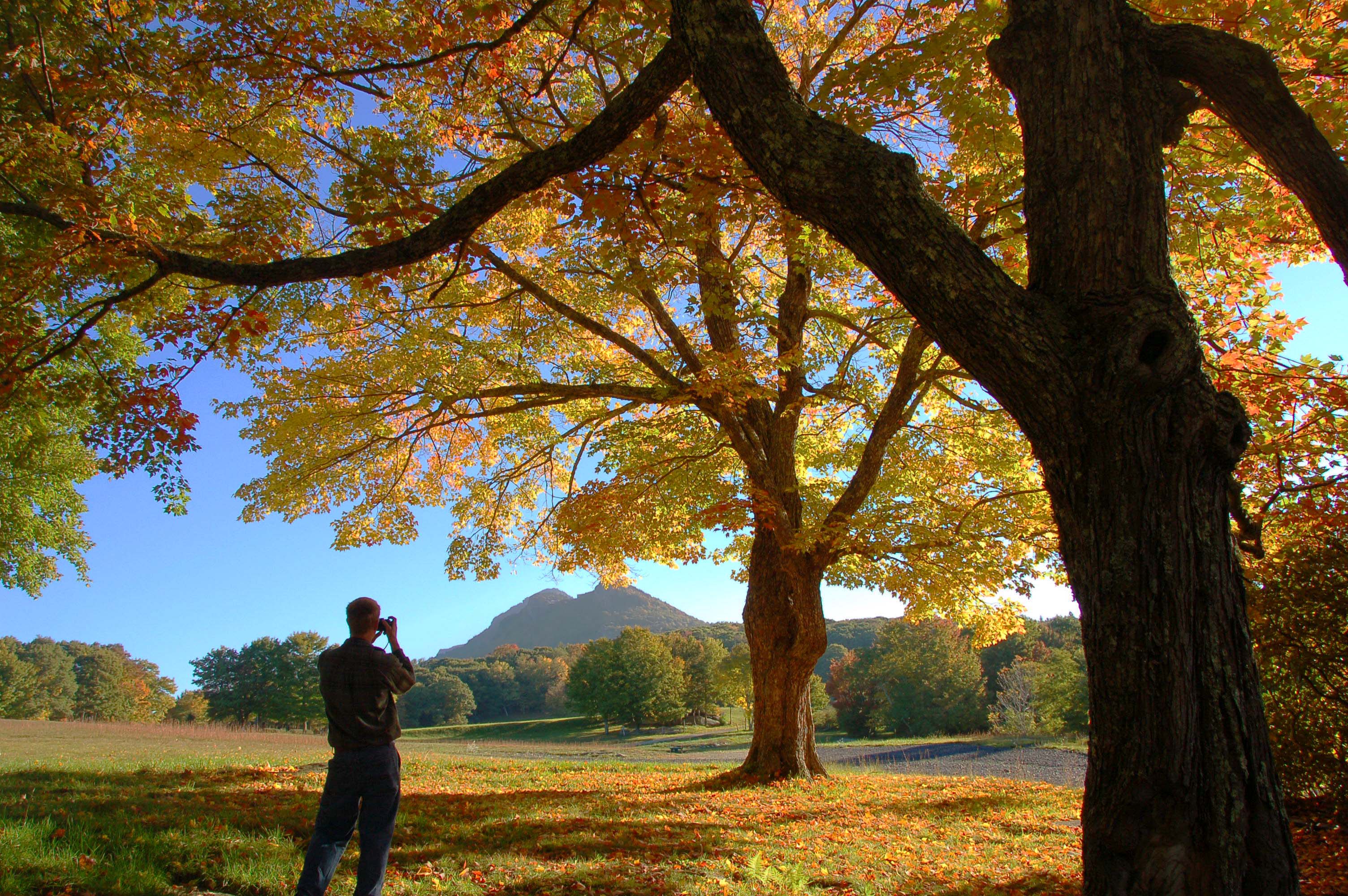 Throughout the journey to the top of Grandfather Mountain, there are a number of picnic areas, all of which offer a safe and serene location for a chance to ‘break bread’ with your tour party.

As you work your way up Grandfather Mountain, you’ll want to stop and gaze at a pair of giant boulders – Sphinx Rock and Split Rock.  Scientists say the two rocks used to be one rock, but weathering has caused the one big rock to split into two over time.  Both rocks are older than Grandfather Mountain itself, as they are thought to be roughly 640 million years old.  Sphinx Rock is the bigger one of the two – weighing in at more than two million pounds!  If you look closely at Sphinx Rock, the side effects of the weathering has left a face etched into its side, similar to what you see on display in Egypt.

Your next stop should be the Nature Museum and Mildred’s Grill.  The Nature Museum has a self-guided tour of what animals live in the area (there are bears, but no lions or tigers!), what precious stones have been excavated from this region (and can still be found!), and the replicas of the gun and powder keg owned by the name of the famous pioneer who once walked in and around Grandfather Mountain in the late 1760s (it was Daniel Boone!).  To make the experience complete, there is an Animal Habitat at the park where black bears, otters, cougars, white tail deer, golden eagles and bald eagles are living in separate/controlled outdoor environments where visitors can see them roaming, sleeping, eating, climbing, bathing, and playing.  As for those precious stones, gold, rubies, emeralds, amethyst, and various forms of quartz are still buried in Grandfather Mountain.  At one time, there were three gold mines in Grandfather Mountain, though the California Gold Rush in the mid-1800s motivated a number of miners to abandon North Carolina and head west for bigger and better treasures!

Adjacent to the Nature Museum is Mildred’s Grill and a gift shop.  Mildred’s offers your typical lunchtime fare of hamburgers, French fries, and soft drinks, but I highly recommend the vegetable beef soup, the sweet potato fries, and iced tea (half sweet and half unsweetened).  If you want, the staff at Mildred’s will pack your lunch ‘to go’ which you can then enjoy at any of the picnic areas on the mountain.  Why the name Mildred?  It’s named after the first black bear that lived in captivity in the Animal Habitat.  She was given the name Mildred and she died in 1992, but her name and memory remain an indelible part of the history of Grandfather Mountain. 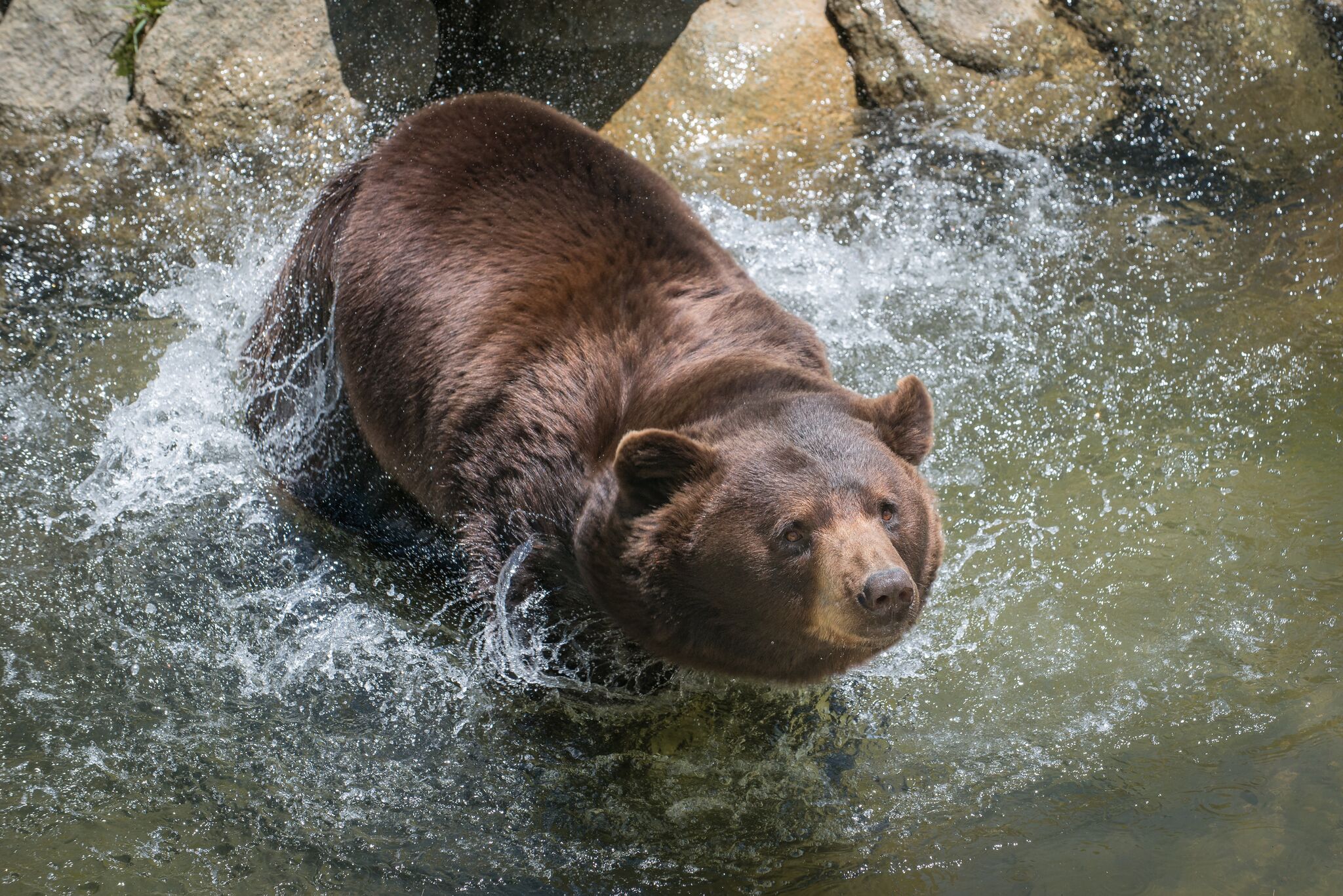 As soon as you finish lunch at Mildred’s Grill, walk through the Nature Museum, visit the Butterfly Garden, and stroll through the Animal Habitat.  Then, make sure you visit the Fudge Shop for homemade fudge.  Inside, they give you very liberal and tasty samples of every variety of fudge.  I highly recommend the peanut butter fudge and walnut fudge!  If you are short on cash, there’s an ATM on site.

Once you leave the Fudge Shop and head toward the top of the mountain, pull out your binoculars.  The views along the way are spectacular.  You can reach the top of the mountain by car or you can park your car at one of the parking lots and travel by foot along one of the hiking trails.  The Bridge Trail is a popular hiking trail that will take you to Linville Peak and Second Peak.  It starts at the Black Rock Parking Area.  It’s less than a half mile to the top and you don’t have to be an experienced hiker to successfully navigate your way.  Timewise, it’s about a 20-minute hike.  Once you reach the top of the mountain, you can buy a snack, purchase a souvenir, or go to the bathroom at the Top Shop…..and then walk across the Mile High Swinging Bridge, which is the ‘link’ between the two peaks.  Many visitors to the top of the mountain consider the walk across the bridge to be the highlight of their trip to Grandfather Mountain.  The Mile High Swinging Bridge was first constructed in 1952 and was originally made of wooden floorboards.  In 1999, the bridge was rebuilt with galvanized steel and is now secured with a number of cables.  While there is still a slight ‘swing’ to the bridge, there is more of a ‘sing’ to the bridge as the wind whistles through the metal planks used to construct it.  Park rangers say the bridge ‘sings’ like a harmonica when the breeze is steady and strong.  There is one plank in the bridge which indicates you are 5,280 feet above sea level – a mile high.  That’s what I call a natural ‘high!’  The view from the top is stunning, to say the least.  On a clear day, you can see the skyline of Charlotte – 80 miles to the southeast.  Mt. Mitchell, the tallest peak east of the Mississippi River, is also visible when you look to the southwest.  Grandmother Mountain can easily be seen from either Linville or Second Peak as it has a television tower perched on its summit.

At that high altitude, it can get rather chilly in the winter and it remains pleasant in the summer.  When you do reach the peak, the temperature at that time of the year is similar to what it is in Newfoundland, Canada.  The record low at Grandfather Mountain is -32 degrees (F) and the record high is 83 degrees (F).  That record low was recorded on January 21, 1985 and the record high was recorded on two occasions — August 22, 1983 and July 26, 2005.

For movie buffs, do you remember when Forrest Gump ran across the United States in that popular movie?  Well, a portion of his ‘run’ was filmed on Grandfather Mountain.  The occasion is marked with a sign on one of the hair-pin curves, entitled Forrest Gump Curve.

Park officials are quick to remind you that Grandfather Mountain is one of the most rugged mountains in the eastern part of the United States.  It’s important that all visitors avoid the ledges and don’t climb on the rocks wearing slick-soled shoes or flip-flops.  And, you should not forget to supervise children closely.  There are no fences along the edges of Grandfather Mountain! 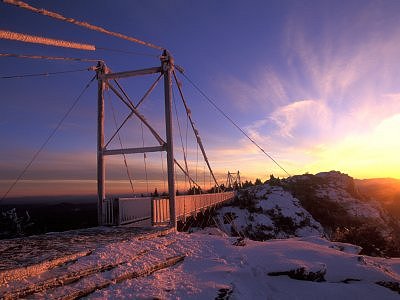 Mike May, the author of this story, visited Grandfather Mountain on July 2, 2011.  Mike lives in Wellington, Florida.  He can be reached via email at:  mmaymarketing@gmail.com. 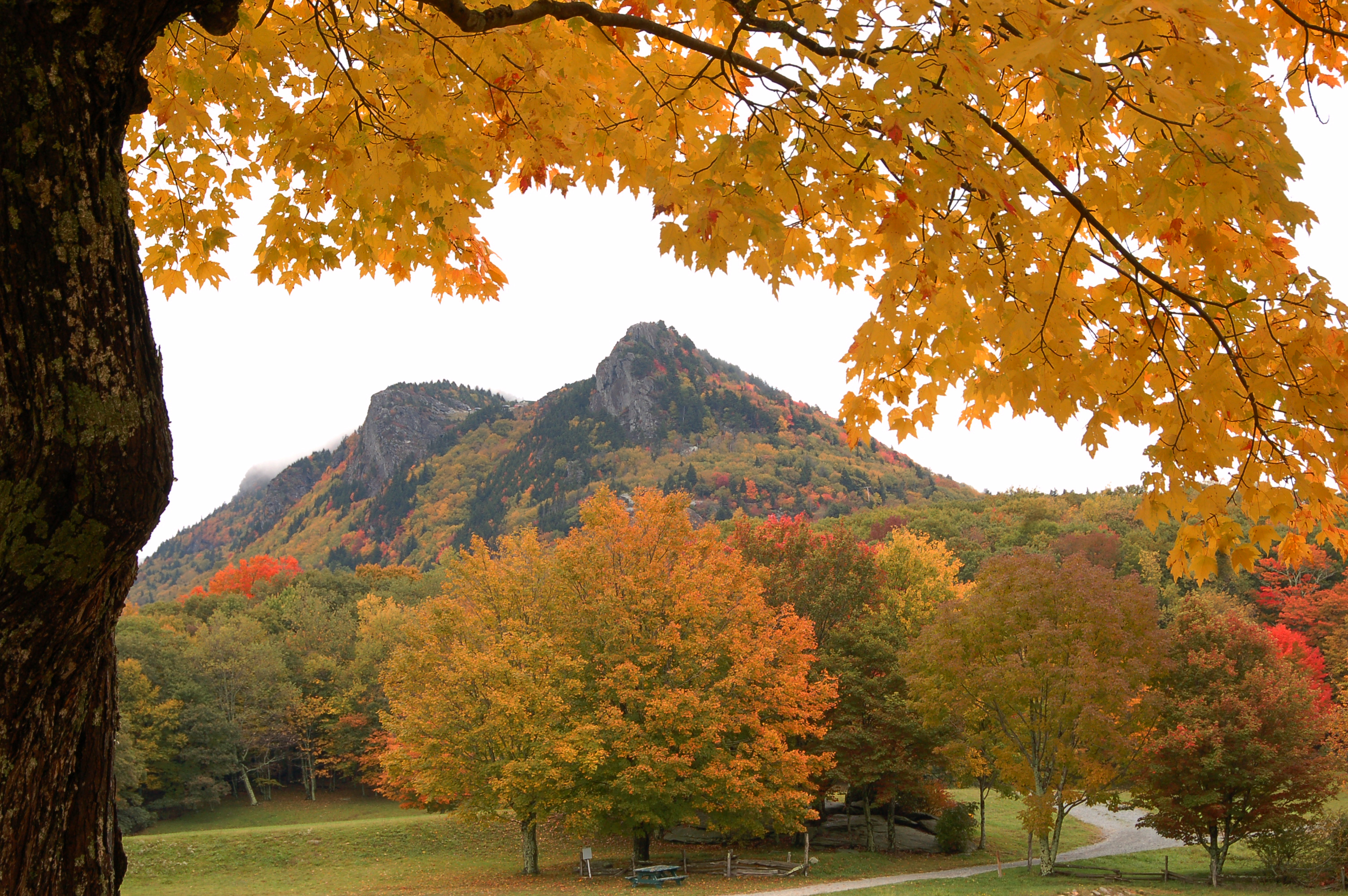 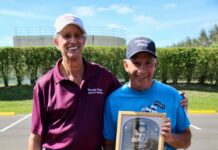 STICKBALL:  A WAY OF LIFE FOR SOME WELLINGTON RESIDENTS 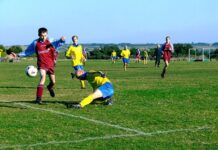 SOCCER IN THE SCILLIES WITH SCILLONIANS