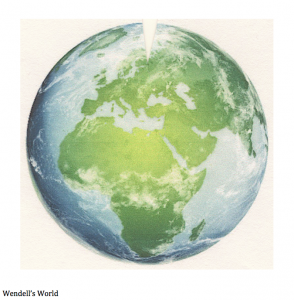 I had been writing commercials for clients of the Leo Burnett Advertising Agency for about four years when I was promoted to the position of Associate Creative Director, officially making me one of the GOMs of the Chicago advertising community. (GOM: Grand Old Men.)

I was 34 years old. And the epitome of the Peter Principle: I had received promotions on the basis of creative output, and was now supervising instead: managing  a group of five writer/art director teams instead of creating. And on top of not having much fun, it took me months to understand just how lazy young people can be once they decide to call themselves creative.

Somehow, all of the young geniuses in my group thought that merely having an idea meant it was worth pursuing. After rejecting absurd idea after hackneyed idea, I finally called a meeting.

“Who can tell me,” I asked, “the biggest cliché in advertising?” No answer. “No one? I’m astonished, since several of you have been bringing them to me.”

“Okay, I’ll tell you. The biggest cliché is the anachronism: Cleopatra, smiling seductively while slathering herself with Banana Boat Sunscreen; Christopher Columbus, discovering Barbasol shaving cream. And I will spare you the embarrassment of mentioning the ideas some of you have  brought to me.

“Now I don’t want to hear accusations! I don’t care who forced a dumb idea onto whom! I do not want to see another anachronistic solution!

“And please spare me your cartoons! No more skinny eight-year olds turning into super athletes because they eat Fruit Loops every morning!

“Now which of you Einsteins can remember Wendell Working Rule Number One?”

“Exactly! Question each other. Prod each other. Get past the obvious, and the easy, and the cutesy-pie ideas that’ll make your Aunt Suzie smile.

“Good, Cynthia!” I said. “Now all you art directors get back to work; I have a few things to say to our esteemed writers.”

Art directors slinked out of the room, throwing sympathetic looks at the writers. Writers slouched in their seats.

When left with the five shivering writers, I said, “The problem I have with all of you is you’re writing bullsh… You’re not good enough to write bullsh … I know because no one writes better bullsh… than I do.

“You’re scribbling words you think the client wants to hear. Write honestly, not what you think I’m going to approve.

“And writing honestly is especially true when you write dialog. What you call dialog is an insult to your typewriters. Paddy Chayevsky would barf.

“Your biggest drawback is that you don’t listen. You have to listen to people before you can put them on a piece of paper. And I mean listen! Ordinary people, engaged in ordinary conversations, talk better copy than we can write.

Burt, Leo Burnett’s Creative Director on the Schlitz Beer account, had been hounding his group for months to come up with a new campaign. Schlitz was losing share of market to Budweiser monthly. Schlitz was very unhappy.

One night at about seven, Burt went down to the bar on the first floor of our building. While waiting for the bartender, he heard a guy at the end of the bar order a Budweiser. Budweiser! The enemy!

Burt’s eyes became saucers; then he went back to his office and, smiling for the first time in a month and called everyone together.

“And that’s all because Burt listened,”I continued, “Now I’m going to tell you how I listened. Me. I listened to my wife.”

“It’s true,” I said. “I got home one night and my wife said, ‘Can we order a pizza tonight? I’m just worn out. That hour just before you come home is the worst hour of the day. The kids are cranky and hungry, I’m trying to get them to pick up their toys and get dinner ready, and I’m just too tired to make anything tonight.’

“’I’d love pizza,’ I said. For which I received a hug, a kiss, and permission to watch a ball game that night on our only TV.

“I remembered that conversation about three years later when I was assigned to Swanson Frozen Foods,” I continued. “I recounted the conversation to my art director and said, ‘We just suggest to women they sometimes take a one-hour vacation.’ She loved it. To this day, I wonder if a male art director would have liked it as much.

“Anyway, we created three commercials built around a voice-over announcer suggesting, ‘Every now and then, take a one-hour vacation. Right in your own home.’

Wendell can be reached at dendyabern@gmail.com. 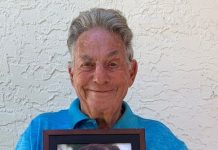