Delray Beach, FL – Anne Gannon hosted a campaign kickoff to launch her re-election campaign for the Constitutional Tax Collector serving Palm Beach County. The campaign kick-off at the “Spotted on 2nd Gallery” in Delray Beach was attended by more than 50 friends and supporters.   Gannon told supporters “I decided to announce early because 2012 is going to be a very competitive election year.  We are at war, we have high unemployment, local foreclosure rates are 5th highest in nation and many people’s lives are still in economic distress.  Our local voters will be bombarded with tons of election communications – from the Presidential Primaries, to hotly contested congressional races, and a ballot overloaded with divisive and controversial referendum issues.   My Constitutional Tax Collector race will have to work even harder in 2012 to reach the voters.”

Gannon was elected Constitutional Tax Collector in 2006 and re-elected in 2008 by a large margin.   Since taking office Gannon has made major changes in an agency that had stagnated prior to her taking leadership.  “I believe our agency must continue to embrace customer service first, second and always,” said Gannon.   Among the reforms initiated by Gannon include establishing an ethics policy prohibiting gifts of any amount which makes it stronger than the Palm Beach County ethics policy, a Pay for Performance Plan which ties employee pay to client satisfaction ratings, a non-smoking policy, a number of system improvements to upgrade outmoded and out-dated systems and technologies, requiring competitive bidding on all contracts, and a wellness initiative “Journey To Good Health” to reduce health insurance premiums in the annual budget.

Gannon has a strong business background working as an Operations Analyst for a Fortune 500 company and then owning her own business.   “I definitely came to this job with a clear vision of customer service and am still working hard to transform a long standing culture”.  Most recently Gannon’s efforts have been recognized by the National Association of Government Accounts with the prestigious “2011 Excellence in Government Leadership Award” for the improvements in her Agency. 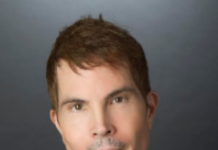 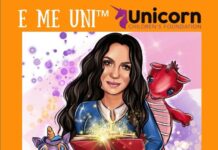 Halloween is Not Cancelled with Unicorn’s Spooktacular Party 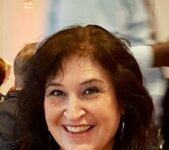