A native of Deland, Florida, Tabitha Meeks organized her first music quartet in elementary school and has been getting girls together to sing ever since.  In high school, she briefly started an all-female quartet. More recently, with the help of some smooth singing friends, she formed “The Mona Lisa Tribe.” 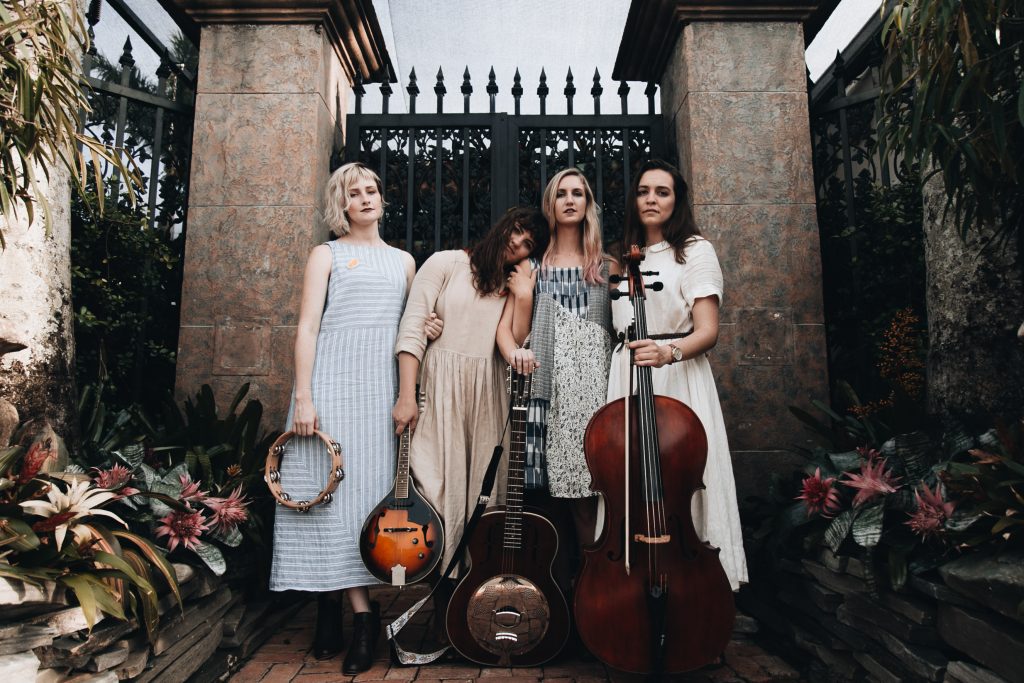 It happened after church one day, when future band member, Caroline Shrope asked Tabitha if she wanted to start a girl-band. Tabitha was all over it, and they invited a third player. Tabitha saw a kind of Mona Lisa look in Caroline, so she dubbed the band “The Mona Lisa Trio;” then changed “Trio” to “Tribe.” Good thing, because they are now a quartet (which includes Sarah Elkins and Erin Cascioli) and sometimes a sextet when they add the drummer and bassist—who happen to be male. They call John McGrath and John Wagner, the boys in the band, the “Man-a-Lisas.”

MLT’s lush vocals sing a blend of classic and modern folk music. Sarah and Caroline alternate on percussion and mandolin; Erin, the fourth member, adds her velvety cello to the mix. In short, it’s the freshest sound in South Florida—a trendy acoustic combo of folk, pop, and a tinge of bluegrass dressed in Madewell fashion. They do a few covers, like “500 Miles” and “Wildflowers” but offer mostly some very well written originals. Playing since 2017, the band is excited to bring a folk music scene back to West Palm Beach and beyond.

Mona Lisa Tribe is one of those bands that people really can’t stereotype, which is testament to their innovative sound. While the band has a unique Americana vibe full of energizing rhythms, unexpected tempo changes, instrumental solos and clever lyrics, Tabitha cites influences from bands like, “The Staves,” “First Aid Kit,” “Joseph,” and “The Wailin’ Jennys.”

And the members aren’t your typical hobbyist players. Three out of six of them have music degrees, resulting in tunes that are both musically solid and accessible.  As the primary songwriter, Tabitha says, “We try to take our songwriting seriously, but also make sure it’s fun and feels good.  The combination of trained musicians and non-music graduates makes a good dynamic. I usually bring a song I’ve started and let the team work their magic. We’re having a lot of fun and are becoming each other’s best friends.” There’s nothing like the camaraderie that musicians share. The bond runs deep and the connection long lasting.

Mona Lisa Tribe has been featured on NPR’s Sunday afternoon “Folk and Acoustic Hour.” I asked Tabitha to explain the experience. “It was a bit nerve-wracking. We went to the NPR Miami offices, met briefly with the host of the show and then set up to play.” Everything is live radio. Yup, a bit unnerving, to say the least in this pre-recorded, edited, vocally enhanced audio age. But of course, they did great and reached a large audience. You can see the entire NPR show at https://youtu.be/fAX2Rzi2hHQ.

One might wonder if the female band genre inherently holds a feminist agenda. While they don’t fly a girl-power flag from the stage, the band is eager to see more women take the lead in music. Rather than settling as token background singers, Mona Lisa Tribe hopes to encourage other young girls to step up front-and-center, by demonstrating that women can be musical directors, arrangers, lead vocalists and instrumentalists. “It’s important that younger girls see women doing what they love with excellence. I hope we can help break the stereotype that women are second class musicians. I would love to see the music-playing field more equalized—a place where gender is not a consideration—only good artists are.”

When I asked Tabitha what plans are in store for the band, she said they hope to tour in 2019, play major festivals, and maybe head to Nashville for a time. “The band has gone farther and grown faster than anticipated. It really has surpassed our expectations,” she says.

You can hear their original single on ITunes, Google play Music and Spotify, with two new releases on the way, as well as an album. Freshly minted t-shirts are their latest offering and are sold at their concerts. You can hear the band play at “Elizabeth Ave Station,” “Respectables,” “E.R. Bradley’s,” and “Voltaire.” But their favorite venue so far was in Jacksonville at the “Blue Jay Listening Room.” “We all said that show felt like we’d reached another level. The audience was so engaged,” says Tabitha.

Here’s their schedule of upcoming performances: September 8 – Bumble fest; Sept. 9 – Matthew Brewing Co.; Sept. 19 – Voltaire; and Sept. 29 – Hullabaloo. Mona Lisa Tribe is sure to become your favorite Instagram feed. For October dates, check out this page (under Press Releases).  Like them on Facebook.com/monalisatribe and visit their website at monalisatribe.com  for more information.  Enjoy these links to their videos and songs. 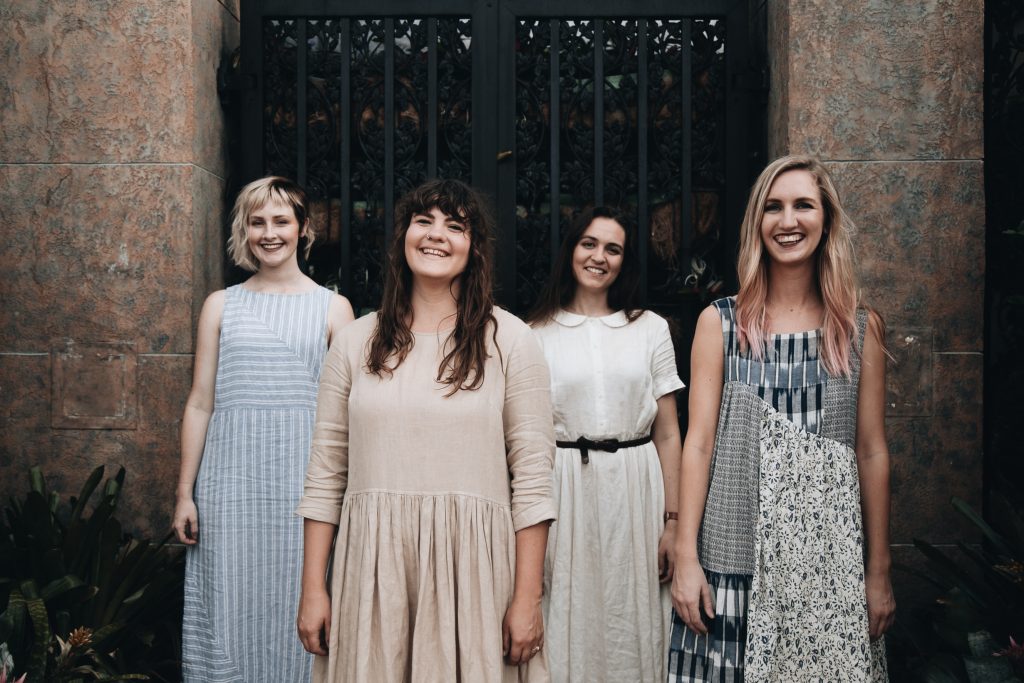 Dance the Night Away: A Preview of Viva La Danza