After seeing Aviva Kempner’s film, Rosenwald, you probably will never look at a Sears department store the same way ever again.  Check out the film’s trailer. 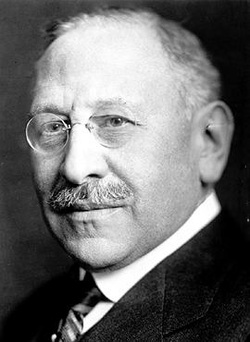 Julius Rosenwald, who was President of Sears for some years, was a tough businessman, but also a philanthropist and a true visionary. During his lifetime, he was responsible for building the Rosenwald schools, establishing the Rosenwald Foundation, was on the board of the Tuskegee Institute, helped construct Michigan’s Boulevard Garden Apartments, and did whatever he could to help those less fortunate than himself. His service and philanthropy left a huge imprint during the days of the Jim Crow South, and also helped numerous famous Black men and white find their calling and life’s work. Influenced by the writings of the educator Booker T. Washington, Rosenwald joined forces with Black communities during the Jim Crow South to build more than 5300 schools during the early part of the 20th century.

All because a Jewish man decided that he needed to heed the call of Tikkun Olam, or Jewish words meaning repairing or healing the world, and also the Hebrew word tzedakah, which means charity. Rosenwald felt it was his responsibility to help black men and women less fortunate than himself. He also felt that having achieved wealth that it was his duty to return that wealth and help others.

Aviva Kempner, an American filmmaker produced and directed the movie about Rosenwald. Her documentaries investigate non-stereotypical images of Jews in history and focus on the untold stories of Jewish heroes. In 1981, Kempner founded the Ciesla Foundation to promote educational materials relating to the Holocaust and Jewish resistance to it, but in 1986, the Foundation’s mission was expanded to produce and distribute films to educate the public on social issues of the past and present. The foundation helped produce the Rosenwald Film.

Kempner learned about Rosenwald when she heard the late civil rights activist Julian Bond speak at Martha’s Vineyard 12 years ago. Bond spoke very highly of the Rosenwald family and Kempner became intrigued and decided that she needed to pursue making a film about him.

“We talked about the Civil Rights era and the Rosenwald Fund. I decided I wanted to make the film. Bond lived in the same city. I became close to him and his wife. She helped produce the film,” said Kempner, who is the daughter of a Holocaust survivor.

Having attended integrated schools all her life, it was almost natural, she said, that she should direct and produce a film about a partnership of Jews and Blacks.

“I was always brought up that way,” said Kempner. “I went to all the city schools in Detroit, and then lived in D.C. There was an integrated setting.”

Julius Rosenwald, who only had a high school education, she said, felt it was vitally important that everyone had an opportunity to have an education. So many wonderful civil rights leaders, artists, and authors were able to get an education because of Rosenwald. The schools became part of the community that built them and were beloved in the community. Robert Robinson Taylor, an architect for the schools, is also the maternal grandfather of President Obama’s advisor, Valerie Jarrett. Some of the schools are being re-dedicated to community centers, senior centers and museums.
“His legacy lives on in those schools,” said Kempner.

Like there were for the movie Selma, Kempner hopes that there will be student screenings of the movie, Rosenwald, so young people will be able to understand and be moved by the history of the man behind Sears.

Members of President Barack Obama’s cabinet have seen the movie, but the President himself has not seen it yet. The film was recently screened at a movie theater in Washington, D.C., and Kempner is working on getting the President and the First Family in the hopes that they will get to see the movie.

“We’re working on it,” she said. “We’ll see if we can organize something.”

Kempner also worked extensively with Peter Ascoli, Rosenwald’s grandson, and used a lot of the material in Ascoli’s book, “Julius Rosenwald: The Man Who Built Sears, Roebuck and Advanced the Cause of Black Education in the American South.” Ascoli said he never really knew his grandfather, who had died 10 years before he was born, and found out about him when he was growing up from tales that his mother told him. It wasn’t until Ascoli decided to write a book about Rosenwald that he learned who his grandfather was, and the mark his grandfather left on the early 20th century and with the Civil Rights movement.

“I knew a little about the schools. I didn’t know the full scope of what he had done until I began to write the book,”Asocoli said.

Ascoli noted that at first when Rosenwald began funding some of these causes, there were Jews that thought he should keep his funding strictly to Jewish causes, but that quickly stopped. A lot of what his grandfather did was embraced by the Jewish community. There were other Jews doing similar things, he said, but his grandfather did it on a larger scale.

“He wasn’t unique,” said Ascoli, “but it was the scale of what he did that was unique.”

Ascoli said that the Rosenwald schools that were built in the South were segregated because he realized you didn’t have integrated schools in the South. However, a few of the schools were burnt to the ground anyway, but were rebuilt. The early ones were all wood, but the later ones were brick. There is a movement in the country to reclaim the schools and turn them into community centers, senior centers and African American museums.

“People who went to these schools are very proud of them,” said Ascoli, “even though the schools no longer exist. There are alumni associations which have meetings all over the country even if the school building isn’t there.”

Ascoli said that his grandfather’s ideas were revolutionary during his time, but that they predated many of the concepts of the Civil Rights Movement and continue to have an impact today. Rosenwald was one of the remarkable people who contributed to the Civil Rights movement without really knowing it.

“Julian Bond brings that up at the end of the movie,” said Ascoli. “In many respects, we have come a long way since the early years of the 20th Century. As for the Civil Rights movement, this was prefigured in many ways by the sorts of things that Rosenwald did to lead up to it.”

The Rosenwald film will be screened in various locations throughout October. The film’s director, Aviva Kempner, was on hand to answer questions on October 1 at Booker T. Washington Senior High School. The school also hosted a special field trip for students on opening day, October 2, at the AMC Aventura Theater. Other screenings were held throughout the week.

For more information on the film “Rosenwald,” visit the website –

Check out the Screenings Schedule 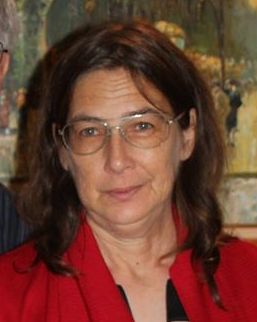 Carol Porter is a writer and photographer, who does a great deal of freelance work in the Palm Beach County area.  She has been an AroundWellington.com photographer for seven years.

Brighten Up Your Backyard with a Butterfly Garden: Three Easy Steps