Tyler Brooke store owner Henry Mosley says that he “experiences racism every day in his store in the Mall at Wellington Green. When I greet them, they turn around and walk out of the store. Or a woman will clutch her purse real tight. Or they won’t even acknowledge that I’m there.” He explains that they do not expect to be greeted by a 6-foot black guy. “It’s sad that we’re still dealing with this,” he says.  “As a business owner and as a father, it’s crazy.” He sees South Florida as a melting pot, much like New York City.  But despite the diversity, racism runs rampant.

In one way, Mosley was lucky to have grown up “among the sugar cane fields in Belle Glade.”  He says he grew up never personally experiencing racism as a child. According to Mosley, it is about 80% minority in the Glades. “My grandfather did not even put racism in context or it was never something I had to worry about.” While Mosley did not encounter it first-hand, some of friends who are athletes experienced racism from coaches who would call them the n-word.

Mosley says he did not experience racism until joining the US Army at the age of 17.  He was with a fellow soldier who “just didn’t get it. One day he called me the n-word. The soldier said, ‘All of you (n’s) are the same, trying to come into the military trying to be something you’re not.’” He ended up getting into a fight with the racist soldier.  He says he won the fight, but he got in so much trouble for it that he “lost the war.”

He has experienced racial profiling from a police officer as well.  “It was right after I got married and living in West Palm Beach.  I was pulled over by a PBSO deputy for no apparent reason. He said he wanted to search my truck but also stated that I had done nothing wrong.”

As a clothing store owner, Mosley had a vision to leave a legacy for his children. “Tyler Brooke is actually the second phase of what was once HNM Menswear.  The name Tyler Brooke comes from the combined middle names of his son and daughter. “I wanted to show them they can be business owners someday as well.” His kids have spent time at the store, learning the ropes. Another part of Mosley’s vision is “to create an atmosphere where a husband and a wife can shop together.” He wants customers to be relaxed while they shop and feel no pressure to buy. The most notable designer lines that he carries at Tyler Brooke are Lilly Pulitzer for women and Robert Graham for men.

As for carrying the ever-popular Lilly clothing and accessories, he explains that it was his wife’s decision. “She told me to reach out to Lilly and see if they’d offer their products.” Mosley got the contract to bring Lilly to Wellington.  It is his best-selling line of designer clothing. “We have over 700 pieces of Lilly now,” he says. 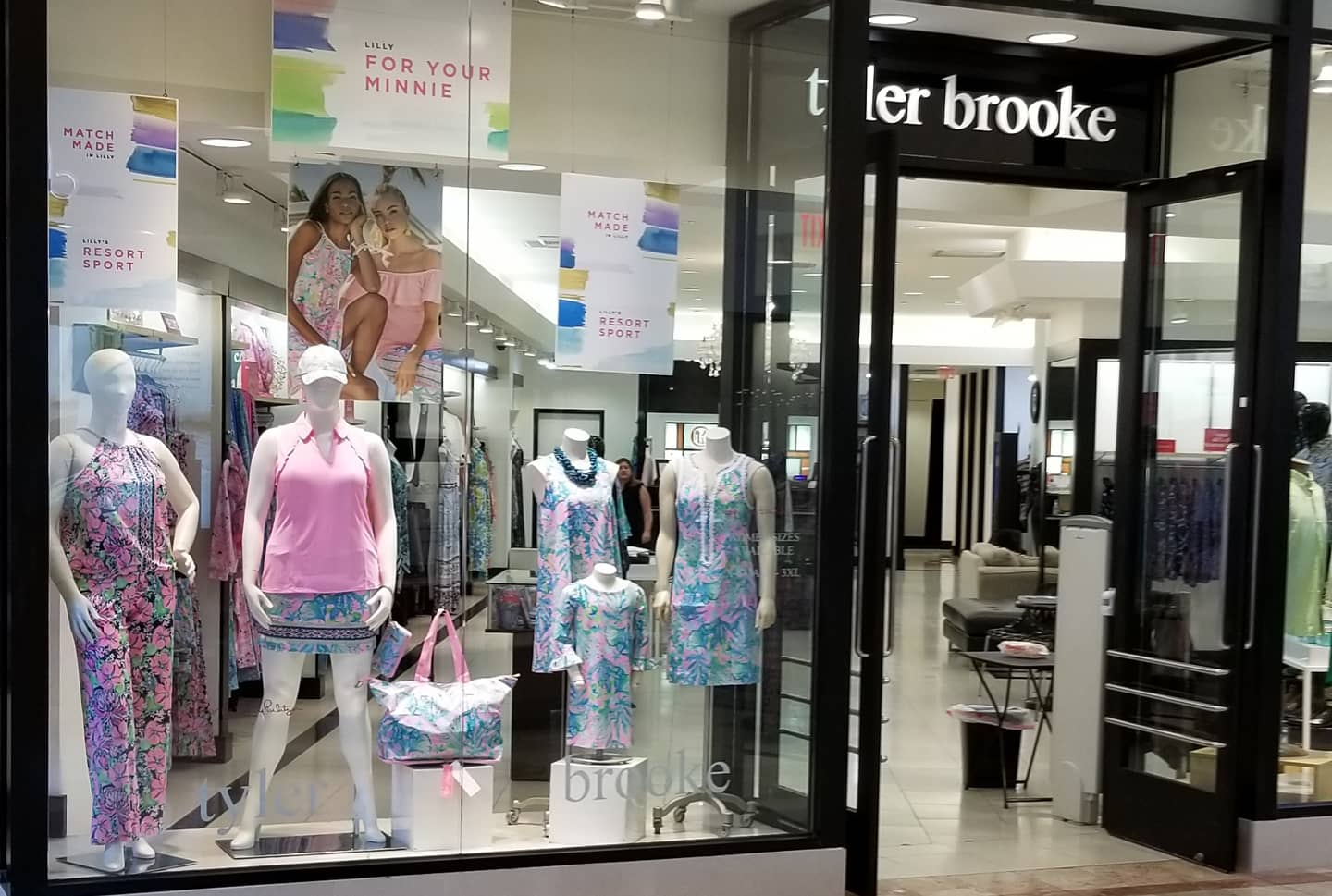 I asked Mosley how racism has affected him as a businessman. “It’s crazy that we’re still dealing with this. Unfortunately, as an owner of a retail store, some shoppers do not appear to be accustomed to black owned businesses that carry mainstream designer clothing,” he says. “This is a perception that needs to change. We should accept people for who they are.  That same business owner might be the one that supports your charity.” He reports that he has faced tons of challenges and has been under a great deal of scrutiny as a black business owner.  He has pushed through for seven years and found success, despite the challenges.

Then came COVID-19.  “It almost put me out of business.  Things were already challenging, but we were just starting to gain traction in the Mall.  Then people started to go back and forth about buying.” Business was slow, with very few sales from February 20th until they closed the Mall at Wellington Green on March 23rd.  It has been very difficult, according to Mosley.  The Mall opened again on May 18th. “If it remained closed until June, we would have closed down.  To this day, a lot of stores are still closed.” He says he is fortunate to have secured a PPP loan to retain his staff.

While many of his fellow shop owners were fearful of the anti-racism protests going on at the corner of 441 and Forest Hill, Mosley feels differently.  “As long as it’s peaceful and as long as no one is out walking in front of cars, by all means protest,” he says.  He feels that the protests have been peaceful and have been far enough away from the Mall, so as not to harm business.

Mosley says he feels comfortable living in Wellington.  “I see things differently.  Being ex-military, I am always ware of my surroundings and I try to avoid conflict.  I just go about my day.” Meanwhile, he says, racism exists in Palm Beach County as well as across the country.

Mosley’s wife is the CFO of Wellington Regional Medical Center.  They have two girls and a boy – Amber, Tyra and Trey. “Wellington is home for us. We love our neighbors.” For fun, they spend a lot of time at Disney (when it’s open).  “We really care about this movement to eliminate social injustice and discrimination in both the black and minority communities, as well as eliminating social injustice for women.”  He feels strongly about respecting women for who they are, and as leaders in the workplace.

Mosley was very much affected by the murder of George Floyd, Breonna Taylor, and Corey Jones. “It’s very scary. It could have easily been me.  I leave church at night sometimes.” He explains, “I could encounter a cop having a bad day.  It could have been me, my son, my nephews.  I do not want to be on the receiving end of any of this.  Something has to be done to stop it, so that no one is on the receiving end.”

He adds, “We’re judging people based on the color of their skin, but we shouldn’t be.  That person may be just the person to save your life – for example with an organ donation or a blood transfusion.  You never know.”

In the Mall at Wellington Green

Note: this is part one of a seven-part series. 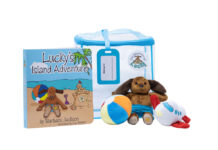 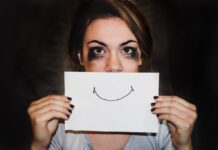 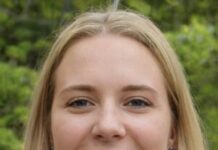