The Importance of the Right to Protest

The root of almost all forms of progressive change have been created and implemented through the people. As a unit and as a nation we have been able partake in this journey of equality for those whose rights were left up for debate by the people in power. Women, people of color, and the LGBT community have been advocating for simple rights for hundreds of years, and a common way of exhibiting this has been through the protection of our right to protest.

During this new wave of Black activism, Americans from all walks of life have been taking to the streets to physically display their frustration and their passion towards the long overdue need for change. In Palm Beach County specifically, there have been consistent protests organized and spread via social media, making involvement easier and making presence much larger as the movement continues.

Though this advocacy for change in Palm Beach County could be coming to a serious halt, as Governor Ron DeSantis attempts to use intimidation tactic in violating our first amendment rights. On September 21st DeSantis proposed the “Combating Violence, Disorder and Looting and Law Enforcement Protection Act”. Let’s break it down.

With this act, there are newly implemented criminal offenses. Things such as Prohibition on Violent or Disorderly Assemblies, in which someone can be charged with a 3rd degree felony if 7 or more people are involved in an assembly that damages property or inflicts injury on others, and the Prohibition on Obstructing Roadways, in which disrupting traffic puts a protestor in a position to be killed by a driver who would not be liable for their injury or death. Also the implementing of RICO Liability puts anyone who contributes to the organizing of disorderly assembly at risk of being charged with a felony as well. All of these changes are accompanied by increased penalties for acts of violence in addition to these new criminal offenses.

After hearing of these new offenses and being out of touch with the movement you might be thinking, Why is this important? Shouldn’t we want less violence on the streets? Let me offer you a different perspective.

Instead of thinking purely about the violence itself, think about both the long term and the short term causes of disorderly assembly. The minimal existence of poor conduct within protest is a result of eternal injustice. It is anger that has lasted for hundreds of years and sadness that derives from yesterday’s news. Black people are killed as a result of profiling and racism from those that have sworn to protect, yet those same people are more concerned with the vandalization of a Walmart than the lives of their citizens. While most protests for Black lives remain peaceful (and coincidentally unbroadcasted), if my future child faced injustice by the police, you know I’d be raising hell too. 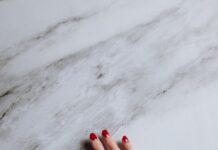 Why Do Bad Things Happen to Good People? (A Conversation About Grief) 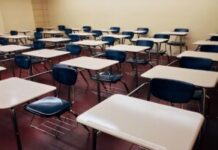 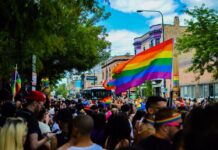