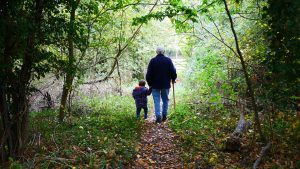 To All the Grandchildren in the World

Today, I am writing to apologize to all of you.

Usually, I try to write humor. But sixteen years ago, terrorists killed thousands of Americans by flying airplanes into buildings. And this month, memorials and other reminders of that horrendous day make it impossible to write anything funny.

Instead, today, I want to apologize to everyone in your generation from everyone in mine.

As presumptuous as that sounds, consider:  my generation inherited one world war and lived through another. Millions of people were killed.

My generation, like all of those that preceded it, confirms the truth of that statement.

We never learned, for example, the one thing that every human being on earth has in common:  none of us asked to be here. We had no say in the matter at all.

Personally, I believe that once given the gift of life, no one should have the right to take it away. I sometimes wonder how many concur with that, since human beings kill other human beings every day. Every hour. Every place on earth.

And in wars, we kill each other by the millions, almost always in the name of some –ism, -ology, or –ocracy.

One reason we keep warring is because of another lesson no generation has ever learned: how to tell The Good Guys from The Bad Guys.

That is just as dumb as it sounds. But it keeps happening.  Every century.  And it happens because we never understand how badly we want to believe in our leaders: our presidents, our prime ministers, our priests, our rabbis — any of our leaders. We want them to be smart, to be fair, to be honest, and always to be right. We forget that our leaders are simply human beings, capable of making mistakes and being wrong. And because we want so badly to believe in what they tell us, we seemingly do anything they ask.

Too often, our leaders convince us our -ism is the only true and righteous one, rendering us easily manipulated … and exploited. We become wary of others. Cautious. Suspicious. Too often, our judgment of “those others” leads to mistrust and outright hatred.

Hatred. A much underrated and overlooked emotion. It’s what our leaders use to galvanize us in a common cause.

Millions of Americans protested our country’s involvement in Viet Nam because we didn’t understand who hated us. Conversely, if President Carter had declared war after Iranian zealots kidnapped 52 Americans, we would have responded with fervent jingoism.

One thing the human race has  learned — but sadly, ignored — is that history is written by the winners. So how can we ever be sure the Good Guys won and the Bad Guys lost?

Many centuries ago, a man named Alexander led an army that conquered other countries. Some history books still refer to him as Alexander The Great. It is unlikely he was called “great” by the thousands of widows and orphans his marauding armies left in their wake.

If Germany had won World War II, the madman Adolph Hitler – arguably the most evil human being who ever lived – would be portrayed in today’s history books as a dynamic, charismatic leader.

Some 10,000 years ago, the human race discovered agriculture, creating a gigantic sea of change in our evolution. We no longer had to hunt for food. We could grow our own. We settled down. We grew into little communities. We created villages. And towns. And cities.

We have been at war ever since.

Personally, my strongest belief is that nothing is as sacred or as beautiful as a human life. Any human life.

I doubt many leaders would agree with that. At some point in the history of our civilization, our leaders determined that our beliefs were more important than our lives. That has never changed.

About seven thousand years ago, there were almost 27 million of us listening to a few leaders, telling us to go kill each other in the name of some -isms.

About five hundred years ago, there were now 450 million of us, still listening to a few leaders, still telling us to go kill each other in the name of some new

Today, there are approximately eight billion of us, still listening to a few leaders, still telling us to go kill each other, still in the name of some –isms.

When does it stop? When do we stop using our beliefs as license to kill each other?

Today, more than 70 years after the unspeakable atrocity known as The Holocaust … after a weary world swore, “Never again” … after a United Nations was created to bring peace to the whole planet … genocides continue to flourish.

Ethnic cleansing occurs every decade or so. As I write this, the slaughter of innocent people continues in Africa, Eastern Europe, the Middle East and Asia, all in the name of some –isms.

Leaders of these slaughters, of course, invoke hatred as a motivator. And why not? It always works.

Some have tried to unite people by other means.

For a while, Mahatma Gandhi brought people together with love instead of hatred. So did Martin Luther King. So have a precious few others.

Unfortunately, too many leaders have discovered that hatred works better.

And finally, here is a lesson we all should have learned in kindergarten:  there is only one planet that supports life. This is where we all have to live. We should be taking care of this planet. And I must admit, your generation is doing a much better job of it than mine did. Or any generation, for that matter.

I hope you can start to turn other things around also.

Most of all, I hope you can start … to stop … the killing.

It will take many, many future generations to overcome cycles of hatreds generating hatreds; of killings spawning revenge; of broken alliances, shattered truces and unconscionable genocides.

The end of these mass murders has to start sometime. I hope it starts with you.

I hope you can make the world a tiny bit better. And a little bit cleaner. And much safer.

I hope when you are my age, you never have to write a letter of apology to all the grandchildren in the world.