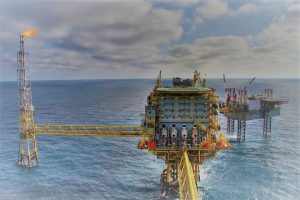 What is the price of oil?

Like with most things we purchase, we notice the price but not the total cost.   We see the final product, but do not know how it is made or manufactured – or from where.  We are not privy to the conditions that made the product possible.

When driving down the street, do we ask, where does the oil and gas that powers our car engine come from?  Does it even matter?  Do we care if it is domestic or imported?

We drive freely in this country, but does it matter if that barrel is in line with American interest and American values?   Canada has a strong human rights record, and is where a majority of our oil is from; but what about a country like Saudi Arabia?

In Saudi Arabia, if you are a woman, you are not allowed to drive.   Women must also garner permission to travel, to marry, and to be able to be freed from prison.  Also, freedom of speech and freedom of religion are both suppressed, and yet, the partnership of oil (and military alliance) outweighs any of these violations of human rights, among others.

Politics and oil make strange bedfellows.  Not only has the current administration embraced Saudi Arabia, so did the former administration, and that before them.  America’s interests sometimes supersede American values.

With the world’s population booming, what does that mean in terms of sustainability?  With the increase in population, oil is (as it always has been) a hot commodity. Although, oil in and of itself, is not a detriment to the environment. It is how it is processed and utilized.   There are more cars on the road, which increases the pollution in the air affecting the ozone layer and ultimately global warning.  While global warming is not universally accepted, stepping out into a congested street and finding yourself coughing, because of all the fumes, is a good indication that there is pollution.

Currently, the United States leads the world in total petroleum production and has become increasingly less reliant on foreign nations.   Most of our oil is produced domestically with the largest importer of oil being, not from the Middle East, but from Canada.   The United States also exports more oil than it imports.

It is the same for many products. Many factors are involved.  In the case of oil, all oil is not the same.  Our refiners are not equipped for the low-sulfur oil that is produced in part of the United States, but other countries are. This gave rise to the United States as a major player on the world stage of oil.

The importance of oil cannot be minimized both here and abroad. It is essential for transportation, lighting, heating, and other things.   Currently, the price of oil is low.   The OPEC nations no longer have as much control over the oil market as importers, such as the United States. The advancement of technology, especially fracking, has enabled the United States to produce more oil.

But, at what price?  The environmental impact is a hidden cost that has long-term ramifications.  A natural resource, like oil, is limited because there is only so much.  When it is gone, it is gone forever. The business of oil wields as much power as any military, in part, because of the world’s dependency.

Creating more sustainable energy for the future is not currently on the present agenda.   It is not deemed a priority.   The needs of today trump those of tomorrow.  The question becomes at what price? 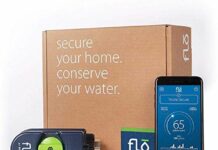 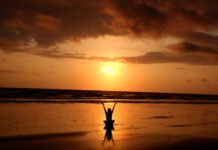 Everything is Going to Be All Right