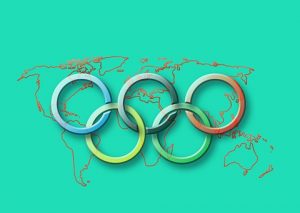 The 2020 Olympics: Special Events for Seniors Only

Several years ago, I wrote a column suggesting special events for senior citizens for the upcoming 2012 Olympic Games. I never submitted my ideas to the International Olympic Committee because certain friends convinced me the IOC would never take seriously ideas like the eight-yard dash and the Miami Mumble.

However, I still think we elderly citizens deserve recognition for certain attributes and achievements; even though this year has just begun, I am proposing special geriatric-centric events now  (65 years and older) because the IOC takes years to add new competitions to their agenda.

Note: Some people may accuse me of presenting some ideas simply because I consider myself qualified. I openly confess this to be true. I would love to add Olympic bronze, silver or gold to go with the only other trophy I’ve ever won. (Last year, from the American Barber Association:  oldest guy to still need a haircut.)

In any case, I hope some of these ideas (for both genders except where noted) make it to 2020:

Smartphones (which are actually portable computers) have only been around for about a decade, and my generation is still trying to master them. Think of it:  how often does someone say to you, “You have to see this picture!” and then fumble for the next several minutes trying to find said photo.

This event would require an official to snap a picture of a contestant with a popular smartphone, enter it into that phone’s picture library, turn the phone off and hand it back to the contestant and begin timing with a stopwatch. Fastest time to the new picture wins gold.

I know of no one personally who could enter this contest. Most of my friends rely on their ten-year old grandchildren to retrieve pictures for them.

No piercings. No belly rings. Décor includes liver spots, warts, pimples, blackheads and other beauty marks that occur naturally with age. Awards will be given to contestants in three categories: most growths, darkest growths and patterned growths.

This happens to be one of the categories for which I am eminently qualified. I have so many black and brown spots on my body that every time I pass my neighbor’s Spotted Retriever, he eyes me lasciviously.

I have resurrected this concept, first suggested for the 2008 Olympics, because so many women seem to be practicing it avidly.

In this competition, two women wheel their shopping carts together down a selected aisle in whatever local super market the IOC chooses. The idea is to see how long they can monopolize the aisle so no one else can use it.

There are two women who shop regularly in my local Publix, and if I can learn their names, I will establish them as early favorites to romp in this event.

By the age of 65, many have acquired the ability to insult stingingly. And memorably. But it does take patience, care and effort, which many aspiring curmudgeons and termagants lack.

Donald Trump is a fine example. Currently, his insults are neither clever nor thoughtful. Telling someone he or she is a “disaster” completely lacks panache.

On the other hand, Harold, a cranky bridge opponent I have played against many times, showed some promise during a recent shouting match with his bald partner, when he yelled, “I don’t take bridge lessons from someone who looks like the hood ornament on a Dodge truck!”

Given their professional status as worriers, all Jewish mothers will be excluded from this competition.

Unlike all other driving competitions, this one will be conducted only during rush hour traffic hours. If such a contest were held in South Florida, for example, it would begin at 8:30AM on Highway 95 at, say, Sample Boulevard, and end at Broward Boulevard in downtown Ft. Lauderdale. Usually, about a 45-minute drive at that hour.

I recently made this trip with my friend, Rosemary, driving. It took her two hours and ten minutes.

This will not be an actual event at the Olympics, but a trophy will be given at the beginning of the games.

I propose the IOC make a public announcement of this award by the middle of this year. They will invite anyone to send a letter of 100 words or less to their website, describing the person, city he or she lives in, number of grandchildren, and at least three examples of obnoxiousness.

Winners will be determined by five carefully-selected grandchildren between the ages of ten and twenty-one.

If my grandchildren do not win this event for me, I will write them out of the will.

Before incorporating this event into the Olympic game schedule, it will require intense consideration by the Rules Committee.

If my Aunt Ruth were still alive, she would win hands-down.

Participants – 100 at a time – will be ushered into a movie theater and told they are there to judge a new release. They will be asked to rate the film from one to five.

In truth, the contest will be to determine who talks the most during the screening. The person who elicits the most, “Would you please shut ups!” will be named the winner.

If the IOC responds favorably to these ideas, I will let you know.