Hollywood Stars and Wimbledon Champions will once again converge on South Florida to celebrate 30 years and one of the longest running charity events hosted by a former professional athlete.

Chris Noth is best known for setting hearts aflutter as the iconic “Mr. Big” on HBO’s Sex and the City, which also launched two blockbuster movies. Chris rose to prominence as Detective Mike Logan on the original Law and Order and starred in the CBS award winning drama The Good Wife.

Carson Kressley returns to the event bringing his extraordinary style and humor to center court. After beginning his career as an independent stylist, Kressley went on to win a primetime Emmy during a five-year run as the fashion savant on Bravo’s Queer Eye for the Straight Guy. He is also a New York Times best-selling author with three books to his credit.

One of the most successful IndyCar drivers in the world Hélio Castroneves returns to the event. Castroneves is a three-time Indianapolis 500 winner and one of the winningest drivers in Team Penske history. The 2019 season marks the 20th year of competition under the Team Penske banner for Castroneves. Multi-talented, Castroneves and his dance partner Julianne Hough were crowned 2007 champions on the fifth season of Dancing with the Stars.

The Classic weekend kicks off with a Friday morning Pro-Am, followed by the Classic Cocktail Party that evening, poolside, overlooking the Marina. Saturday begins with celebrity tennis at the Delray Beach Tennis Center, followed by a star-studded Gala that evening. After the celebrity red-carpet arrivals, guests will enjoy dinner, dancing, and a live and silent auction. Dazzling the audience with musical entertainment, will be the legendary Barry Gibb, one of the most successful rock and roll performers of all time. Sunday will be the grand finale of the weekend’s two days of celebrity tennis.

Last year, the 2018 Pro-Celebrity Tennis Classic raised an amazing $800,000 dollars. Since 1989, Chris Evert’s efforts have contributed over $25 million in an ongoing campaign against drug abuse and child neglect in Florida. With the help of loyal and generous sponsors, participating celebrities, legions of volunteers and a dedicated staff, Chris Evert continues to raise money for programs funded through the Ounce of Prevention Fund of Florida and the Drug Abuse Foundation of Palm Beach Country.

About Chris Evert Charities:
Since 1989, Chris Evert Charities has raised more than $25 million in an ongoing campaign to provide a bright future for Florida’s most at-risk children. With the help of loyal and generous sponsors, participating celebrities, legions of volunteers and a dedicated staff, Chris Evert continues to raise monies to fund programs through the Ounce of Prevention Fund of Florida and the Drug Abuse Foundation of Palm Beach County. The event is one of South Florida’s longest-running charity events hosted by a former professional athlete. For more information, visit www.chrisevert.org. 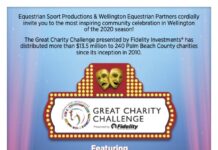 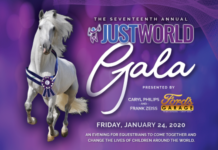