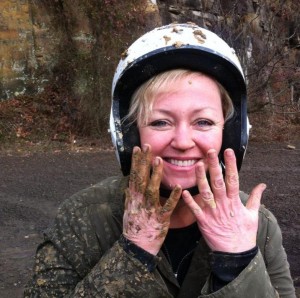 Mention West Virginia and images of coal mines, moonshine and a legendary family feud spring to mind.   I was curious to find out more about West Virginia beyond its outdated stereotypes.  So when I was offered the chance to experience a “Wild Women’s West Virginia Weekend” with my travel writer friend, Vanessa, and the West Virginia Tourism Director, Jacqueline, how could I turn it down?  And, don’t worry gentlemen, West Virginia’s not only for women – we just claimed it for the weekend. 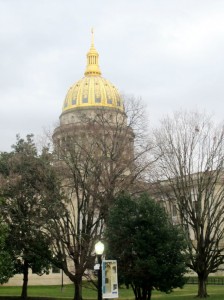 Our weekend started in the state’s capitol, Charleston – a hip city brimming with culture and southern charm.  The first stop on our itinerary was the Capitol Market.  Housed in a renovated train station, Capitol Market expertly blends an outdoor farmers market with unique specialty shops filled with uncommon gourmet treats, wine, cheese and chocolates.  Let’s face it – no women’s weekend would be complete without wine, cheese and chocolates.

Next on our itinerary was a visit to Spring Hill Cemetery.  Admittedly a 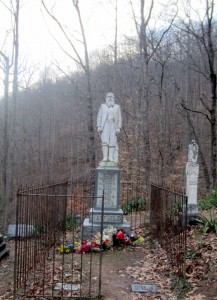 cemetery is not a typical destination, but this one – perched above the city – happens to afford some of the most spectacular views of downtown Charleston and the gorgeous capitol building with its gleaming dome gilded in 23-1/2 karat gold.  The cemetery provides a peek into some of the personalities of Charleston’s dearly departed.   Look for the Thayer family’s monument made from pure zinc.  During Prohibition it is said a family member hid his forbidden bottle of whiskey inside the sliding door of the monument…he visited often.  My favorite tombstones (yes, I now have a favorite grave) were those of the Stump family.  Taking their name quite literally, the family’s monument is carved in the exact shape of a tree stump.  Other family members’ tombstones are smaller stumps complete with engraved leaves and tree bark. www.friendsofspringhillcemetery.org

The best place to gain an in–depth look at what West Virginia‘s rich history is the West Virginia State Museum.   Located on the Capitol grounds in the Culture Center, this phenomenal experiential museum guides you through the evolution of the state from its prehistoric inhabitants through the present.  Even the floor provides an experiential walk through time as it evolves from dinosaur footprints, to humans followed by horses, wagons and eventually trains and cars.   West Virginia is the only state located completely within the Appalachian Mountain range and the traditional Appalachian music and dances are a vital part of the culture of West Virginia past and present.  Exhibits and discovery rooms in the museum showcase traditional musical instruments, dances and costumes.  There is plenty to learn about the state’s coal mining history, the vital role trains played in the state’s development and even a bit about moonshine.   Did you know that NASCAR racing got its start because of moonshine?  During Prohibition, moonshine runners souped up their cars to give the slip to Federal Agents determined to bust them – the race was on!  http://www.wvculture.org/

With the day’s exploration done, we headed to Pies & Pints in downtown Charleston to sample the uniquely handcrafted pizzas and premium beers.  Entering this charmingly delicious restaurant we were greeted by a large mural of a white elephant – a beautifully restored relic from Charleston’s White Elephant Saloon from the late 1800’s – and we knew we were, in fact, in one of the coolest eateries in Charleston.

The next morning we headed south for the wild portion of our weekend – ATV-ing on the Little Coal River Trail – one of seven trails in the Hatfield & McCoy Trail system.   One of the largest of its kind in the world, the Hatfield & McCoy Trails consist of approximately 650 miles of adrenaline inducing off road trails through the mountains of Southern West Virginia.  The trails wind through nine counties with some trailheads beginning in “ATV-friendly” towns.  These towns have passed ordinances allowing ATV’s to be driven on the streets.  Riders are welcome – muddy boots and all – to grab a bite to eat, shop or stay in the local inns and experience true ATV hospitality.

Like ski slopes, the trails are ranked as green, blue, black and double-black diamond based on the degree of difficulty.   From the 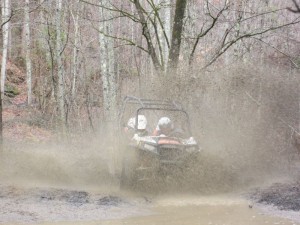 challenging double black diamond trails of the Bear Wallow Trail, to the scenic family favorite Pinnacle Creek Trail to the Buffalo Mountain Trail – a favorite of motorcyclists – there is something for everyone and every level from novice to advanced.

Since this was our first experience – and since tourism hosts prefer their travel writing guests survive the weekend – it was suggested we try the Little Coal River Trail.  We were also introduced to a new type of ATV – the UTV.  These all terrain vehicles have four seats much like a jeep.  They are easier to handle than an ATV allowing a complete novice to experience the thrill of the trail without having to learn how to balance an ATV.  Women in particular enjoy these fun vehicles because they can ride with their friends, talk and scream together and sling more mud on their passengers.

We arrived at the trail head, donned our helmets and goggles and split up between two UTV’s with our guides.  These poor men had no idea what they were in for as we sped up and down the hills, around the curves and through every possible mud puddle we could find – the adrenaline was pumping and the mud was slinging.  At one point my guide, Mike, said “Terri, you do know that you can go around some of the puddles, right?”  Not a chance…women can be dangerous with a little bit of power!  After a couple of hours on the trail we were exhilarated and covered in mud.  http://www.trailsheaven.com/

With the top layer of mud washed off, we set off for our next adventure – a tour of the sites of the infamous feud between the families of Devil Anse Hatfield and Randolph McCoy.  Our guide for the tour was Bill Richardson.  I doubt if even the Hatfields or McCoys know as much about the feud as Bill.  He has devoted countless hours to research and development of tours of the feud’s significant sites. 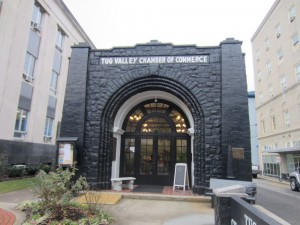 Sites on the Hatfield and McCoy tour include the Coal House in Tug Valley built with 65 tons of coal.  The Coal House houses the Tug Valley Chamber of Commerce and has several artifacts uncovered through archeological digs of the feud sites including a jar of moonshine from Randolph McCoy’s private collection.  Just prior to our visit, Bill had overseen an archeological dig that unearthed bullets fired on January 1, 1888, by the McCoys in their final conflict with the Hatfields.  We actually got to hold the bullets, which was pretty wild – but they wouldn’t open the moonshine for us.

We also visited the Hog Trial site where a trial over a pig started yet more feuding.  Our final stop on the tour was the Hatfield Family’s Cemetery.  Devil Anse Hatfield ordered a marble statue of himself carved in Italy and had it hauled up the mountainside by mules to the spot he had chosen for his family’s cemetery.  Leave it to the Devil to make a statement even in death.  Self guided driving tours, guided group tours and personalized tours are available.  http://www.hatfieldmccoycountry.com/

Between the mud-slinging and the feuding we worked up an appetite that led us to Chiricos in Logan.  This family owned Italian restaurant is one of those charming places where everyone seems to know everyone and all are welcome.  We feasted on heaping plates of homemade pasta and freshly baked bread until we could feast no more – except for those additional bites of Italian brickle for dessert.  http://www.chiricosristorante.com/

After dinner we were whisked away to Chief Logan State Park for “Pickin’ in the Park” – a Saturday night tradition of the locals featuring bluegrass and other music for dancing and down home entertainment!  The park is also home to the Museum in the Park which houses a captivating collection of artifacts including the costumes used in the movie “We Are Marshall” about the aftermath of the 1970’s plane crash that killed virtually all of the football team and coaches for Marshall University in Huntington, West Virginia.  The park is also home to a wildlife exhibit of rescued animals including my favorites, Rascal and Mandy – beautiful West Virginia black bears.  Our lodging for the night was the rustically beautiful Chief Logan Lodge where we happily showered off the remaining layers of mud and settled in for a night of wild, wonderful West Virginia dreams.  http://www.chiefloganstatepark.com/

See http://www.charlestonwv.com/ and http://www.wvtourism.com/default.aspx to plan your wild, wonderful adventure.

Terri is a freelance writer with regular columns on travel, chocolate and bar reviews. She is busy each month visiting new places to bring unique travel destinations and events to you. Yes, it is a sacrifice – but she is willing to do that for her readers! You can see more of Terri’s writing at www.examiner.com where she is the National Chocolate Examiner and at www.barzz.net. Also, check out her blog at www.trippingwithterri.com. You can contact Terri at terri.marshall60@gmail.com. 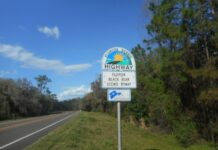