Greta Thunberg is a sixteen-year-old from Sweden, she has been making
waves in the media as of late for her appearance at the UN Climate
Action Summit, where she spoke out against world leaders for their lack
of action in fixing the environment. Her voice is inspiring a new
generation of youth to take action to control climate change and
preserve the planet, not just for younger generations but for future
generations to come. However, not all of us teens can take center
stage in front of world leaders and voice our opinions. There are
still actions that we, as the youth, can take to prevent climate change
and be the change that we want to see in the world.

The bad news is that climate change is coming no matter what; however,
if we can reduce our carbon footprints, the most drastic effects can
be avoided. So what can you do? Well to start avoiding plastics. Plastics
when left alone in the environment can end up hurting our marine life
or it can release harmful chemicals into the soil and water. Only less
than 1% of plastic is recycled, at this rate there will be 26 million
pounds of plastic waste by 2050. Plastic water bottles don’t just
leave plastic waste, but they’re draining our state as well. Around 956
million gallons a day are drained from Florida waters to fill up water
bottles. Approximately 1.5 million gallons of water are taken from Blue Spring in
Madison County a day by Nestle corporation, the company behind
Zephyrhills. Turn off electronics that are not being used, such as
computers, video game consoles and TVs. About a quarter of your home’s
power consumption comes from idle power drainers; this is significant
when you see that power creation is 37% of our carbon emissions.
Transportation is the number one source of carbon emissions in
America. To reduce your carbon emissions consider carpooling, use of
public transportation saves 37 million tons of carbon emissions
annually in the United States.

You have a voice – use it, inform friends and family of the simple
things they can do to combat climate change such as turning off your
car in situations where you idle. Idling results in one pound of
carbon dioxide every 10 minutes, and restarting your car burns less
gas than idling for 10 seconds. Use of LED over incandescent bulbs. Not
only is helpful to the environment, but it’ll knock money off of your
parents electricity bill as LED uses 75% less energy than
incandescent. Finally call your representatives. There is only so much
we as individuals can do, so any attempt to contact your local
government for change on a big scale is huge. 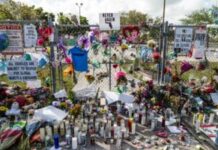 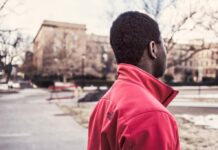