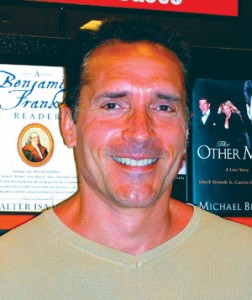 The Thrilling Adventures of Task Man

As I picked up the stray piece of shredded cheddar cheese from the kitchen floor, my eye glimpsed something dark and menacing at the base of the refrigerator. Easy does it, I whispered under my breath, edging cautiously closer for a better look. Suddenly, chillingly, the repulsive ugliness of the situation hit me, sending me clattering back against the kitchen cabinets.

“Galloping Greyhounds!” I bellowed, for that was my superhero rallying cry when duty called. The dust and crud that had accumulated on the refrigerator vent plate wasn’t going anywhere without a fight. There would be violence and horror and the kind of grunting sounds professional tennis players make when they’re trying to pound the ball. This was no task for an average civilian armed with a common household cleaner. No, my friends, this was a job for . . . ta-da-da-dut-da-da . . . Task Man!

Now, while some superheroes might regale you with the gory details of the battle that ensued, that’s not how Task Man operates. Suffice it to say that the evil coating of crud that had invaded the refrigerator vent plate was vanquished and all signs of the epic struggle erased. Problem solved. Harmony restored. Best of all, the homeowner, a Mrs. A. Williamson, was left blissfully unaware of the narrowly averted disaster. THAT’S the Task Man way. Quick. Clean. No big scene.

But wait. What’s that you say? It really is the gory details you want? Okay sicko, you asked for it. I give you this recent episode from the Task Man case files to satisfy your vile craving.

For weeks, a man I will refer to only as “Al Willy” had trouble shaving with his Norelco Reflex Plus electric shaver. The appliance, which normally emitted a robust buzzing sound, was making faint humming noises, not unlike those associated with an aging Paul Simon. A routine grooming task that once took Al Willy only two minutes had now become a five to seven minute skirmish that would often draw blood and leave him visibly shaken and scruffy.

Enter TaskMan. One night while Al Willy slept, this chore-crushing crusader crept into the bathroom and sprang the Norelco Reflex Plus from an unguarded medicine cabinet. Prying the triple-headed rotary blade unit from the motor housing, I gasped and staggered back at the putrid proliferation of filth that poured forth. “Galloping Greyhounds!” I roared, though I kept it to a dull roar given that it was the middle of the night and people were sleeping nearby.

Each rotary blade was incased in an immovable band of solid filth and shaving stubble, unable to rotate, unable to shave. I wondered: What kind of depraved madman would neglect to clean out his razor for months on end?  I thought of taking the shaver into Al Willy’s bedroom and shaking its crude contents down his open mouth while he snored. But Task Man was not there to judge. My job was purely pragmatic. Fill what was empty. Empty what was full. Fix what was broken. With daylight about to signal the dawning of a new day, I finished painstakingly hand cleaning each rotary disc, reassembled the shaver, and went to slip out a side door at the far end of the house.

But what’s this? The once steadfast door leading out to the garage was squeaking mournfully, pitifully. Probably hadn’t had its hinges oiled in years. Pulling a small canister of silicone spray from a hidden compartment in my boxer briefs, I took dead aim and doused the shrieking hinges, flicking the door back and forth until it settled into a genial silence. Another job well done. All in a day’s work for the amazing TaskMan.

Meanwhile, back in the bathroom, a groggy Al Willy plugs his Norelco Reflex Plus into the wall, splashes some pre-shave lube on his face, and begins to work the shaving head across his stubbled cheek. “Galloping Greyhounds!” he exclaims. “It’s a miracle! I’m getting the closest, smoothest shave I’ve had in months!”

Feeling a strange bulge in his underwear, he reaches down to find a small, half-empty canister of silicone spray.

“Well that’s weird,” he mutters. “How did that get there?”

It was a mystery, to be sure, but one that would have to be explored some other time. For the day was new and there were places to go, people to see and tasks to be tackled.

Man, were there tasks.

Alan Williamson is an award-winning writer with 27 years in the field of true fiction (advertising). A practical man who knows that writing for a living is risky going, he has taken steps to pursue a second, more stable career as a leggy super model. Alan can be reached at alwilly@bellsouth.net.  © 2013 Alan Williamson. 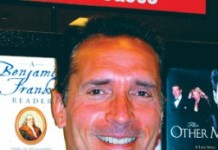