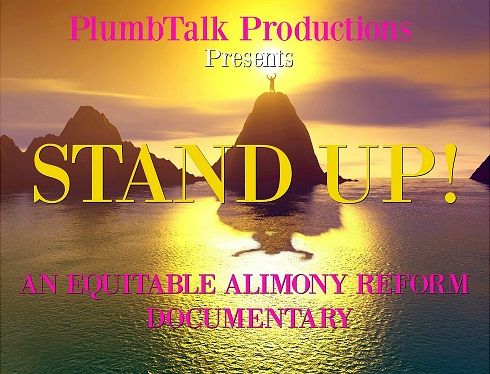 I drag my defeated body out of bed and stare at a blank expression in the mirror.  I have flashbacks of when I was a child in school.  There were times when the teacher would call on me but…

I could not answer.

The words would stick in my chest gripped in a vice of fear.  I recall as a child wishing that I had a voice; a voice to tell people what was in my heart; a voice to show people that I hurt and cried just like everyone else.

Tell me…what gives courage to those who live in the grips of fear on a daily basis?

As the founder of a production company in West Palm Beach, Florida I have seen many clients walk through the door of the studio.  Few have been more eloquent and determined than Jan Killilea founder of The Women’s Empowerment Initiative in Palm Beach County Florida.

Jan and her initiative represent families who have been negatively impacted by the Florida legal system. Jan has rallied the masses who have found the courage to STAND UP and voice their concerns.  Individuals behind The Women’s Empowerment Initiative have gathered to tell their stories in a performative documentary titled STAND UP. The film was written explicitly to bring awareness to the flaws in our legal system with regards to divorce.  Fascinated by Jan’s mission, we encouraged her to share her story,

PTP:  What is the mission behind The Women’s Empowerment Initiative?

Jan Killilea: The Women’s Empowerment Initiative, Inc. (WEI) was created to provide education and increase awareness for women regarding economic matters which impact them and their families.

PTP:  Why did you want a documentary produced for your cause?

Jan Killilea: After years of collaboration with attorneys, retired judges, legislators and women’s groups, it is clear that women have been negatively impacted by underreported flaws of a system that ignores the human cost of divorce.

Through months of collaboration between The Women’s Empowerment Initiative and PlumbTalk Productions, the performative documentary STAND UP, was produced and takes an in depth look at Florida alimony reform through the eyes of a State Representative, Family Law Judge, Marital and Family Law Attorneys, and a representative from the National Organization for Women.  Jan describes the necessity behind her organization’s film,

Jan Killilea: We believe that the documentary will not only change the lives of many, but that it will educate the public and empower them to beseech our Governor to appoint a bipartisan task force of experts to explore the complex issue of alimony reform.

The film presents the problem surrounding current proposed alimony reform and the direct effect that it will have on individual, family and state economics. In the program, equitable solutions to the controversy that surround reform are presented in the hope that it will move both sides of the dilemma to work towards a fair and unbiased resolution.

Jan Killilea: We encourage everyone to see the film and digest its meaning.  Together we can find the courage to see past the smokescreen, stand up, and unleash a voice that cannot be ignored.  Stand up and join us for the premier of the film STAND UP January 13th, 2018 at 2:00pm.  RSVP at WEIofFlorida@gmail.com.

Gazing at my reflection in the mirror once again today, I catch sight of a glimmer in my eye.  Although we all may have different experiences in our lives, it refreshing to be in the company of a group of individuals who are courageous enough to stand up for what they believe in.  It is clear that when we stand up, stand tall once and for all, fear loses its grip. Only then can our voice be free for all to hear; a beautiful sound that signifies that we believe in who we are. 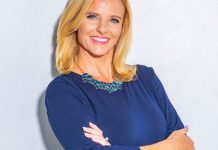 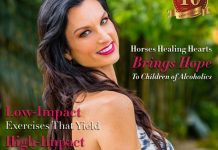 Where Eastern and Western Medicine Meet 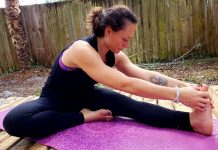 A Look at Yoga and Heart Health