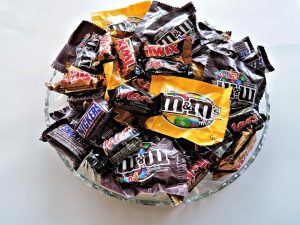 After dinner sometimes, I indulge in a small sweet snack. Generally, a piece of low-sugar dark chocolate. One evening, however, I gave myself access to some high-sugar milk chocolate. I had a mini snickers bar, then another. Some time later, I ate a caramel Cadbury egg. And then, believe it or not, a slice of chocolate-swirl cheesecake! Now, while my indulgences were spaced out, it was an excessive amount of sugar to consume in one evening.

It begged the question – why was I craving so much sugar? Truly, as a woman, it could be for a number of reasons. So, I took to the internet. I searched terms like “sugar cravings” and found that, among many possibilities, I could be lacking minerals. I found in particular, chocolate cravings point to a magnesium deficiency. But, without the diagnosis of a doctor, my sugary-chocolate ridden night remains a mystery. However, it brings up an important topic: magnesium deficiency.

If you follow health-news, you may have come across the now well-known fact that magnesium plays a part in over 300 enzymatic reactions. But, that’s all researchers seem to confer. Which reactions? Or, at least, which reactions have been found to be most significant, thus far? Can they narrow it down, PLEASE?

Popularly, magnesium is used to help with increasing bone density, or in the immediate sense, as a laxative. But, did you know it also has uses for heart disease and depression? Because of its nature in physiology, magnesium effects nerve function and muscle contractions and relaxations, including that of the heart (Jahnen-Dechen and Ketteler, 2012). Magnesium is also integral for energy metabolism and protein synthesis (Abraham and Schellack, 2016).

And, one randomized, double-blind, placebo-controlled trial found that 500 mg of oral magnesium oxide for approximately 8 weeks or over, by depressed patients suffering from magnesium deficiency, lead to improvements in depression and magnesium levels (Rajizadeh et al, 2017).