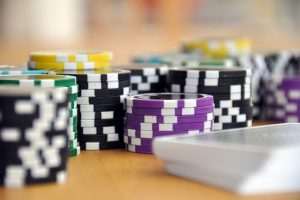 You Only Roast the People You Love

I am a member of a highly unusual “fraternity:” a 72-year old poker game.

When we were all ten and eleven years old, my mother taught us how to play one rainy May afternoon. There were nine charter members, six still alive. We all went to college and received degrees, six of us from the University of Illinois.

Remarkably, we chose nine different careers: One doctor, one dentist, one lawyer, one teacher, one CPA, three guys who ran their own successful businesses, and me. I wrote advertising. We were all born and grew up Jewish. One bachelor, eight of us married, all with kids and grandkids. Not one divorce. We played poker together every month from 1943 through 2015, with few exceptions.

Truly, a group that deserves the moniker, “highly unusual.”

Years ago, after a few of us had watched some televised Friar’s Roasts, we decided a roast was a great way to spend an evening together with our wives, while victimizing each other mercilessly.

Obviously, with such a tightly-knit group, everyone knows exactly what buttons to push whenever we decide to roast a member. We all have game-playing idiosyncrasies worthy of attack.

For example, when I was about twelve, I decided God was a woman, and started referring to her as Margaret. I suspect I did this primarily to annoy my mother, who refused to accept my budding agnosticism,

During poker games, I would pray to Margaret while the dealer doled out cards. Dennis whistled whenever he received a bad card. Lou frowned whenever he drew a good one. As we grew older, we gained weight, lost hair, and went through other metamorphoses that made us perfect targets for sniping.

Because these roasts were great fun, I have decided to share them with you. However, there were seven in all, and because of limited space, I can only undertake a few in each issue. For May, our anniversary month, I will describe only my own roast and Jerry’s.

Jerry makes a wonderful subject, because he has been overweight his entire life, became bald at the age of 20, and looks eerily like Rodney Dangerfield’s twin.

As for my attributes, I am short. Although I didn’t grow up short. In fact, I was the height I am now when I graduated grammar school. During high school, everyone shot up above me, and I didn’t even think of myself as short until our senior year, when Jerry said, “So who you taking to the prom, a Munchkin?”

Jerry didn’t lead off my roast. He considered himself the “clean-up hitter” and went last.

At my 60th birthday surprise party-roast, Bennie led off by recounting a completely fabricated romantic evening between Carol (my wife) and me.

“Wendell was feeling amorous one night, and after a candlelight dinner he had prepared with elaborate care, he led Carol to the bedroom for a beautiful after-dinner interlude.

“Later, while propped up against the headboard, he noticed Carol’s frown and angrily-crossed arms.

“’I’ll tell you what’s wrong as soon as you explain who this Margaret is that you keep yelling about!’”

Jerry wasted no time when it came to his turn. He drew a folded-up newspaper article from his inside jacket and said, “Wendell, great news for you! I  have here an article from the Chicago Sun-Times, dated November 20th, 1993. It is headlined, ‘Dwarf-tossing Ruled Illegal.’”

He then read the short article, which described how some raucous idiots had been using dwarfs as bowling balls. (And yes, readers, that actually did occur.)

The other guys poked fun at my height also, along with my handy-man uselessness.

But because Jerry had needled all of us our whole lives, we couldn’t wait to hold him over the spit, which finally occurred on his 65th birthday.

Shel opened with, “He has no sense of decorum, He goes to Temple wearing no socks. Can you imagine, no socks? Last month, the rabbi said to him, ‘Vot, you couldn’t find a pair socks to vear for Shabbas?’ Jerry bought a pair at a garage sale, just to wear to Temple.

I started out by noting that the first time I met Jerry, we were both ten years old and he had already begun his lifelong diet.

“But I have some good news for you, too! At our last poker game, I counted nine hairs on your head! That means a new one has grown! But until your new hair supplement kicks in, you’re going to continue looking like the hood ornament on a Dodge truck.

“Now, Jerry, I’d like to talk about this new exercise program you have been on for the past year and-a-half. How’s that workin’ for you? Please tell that oufit’s management I have created a new slogan for them: ‘Only 30 minutes a day on our treadmill, and you can have a tummy the size of West Virginia!’”

Arthur finished the roast by saying, “I’d like to ask everyone to sympathize with his long-suffering wife, Lois. Last year, I told Jerry the only thing I don’t like about our poker games is that I come home reeking with the cigars you guys smoke. Judy makes me take a shower before I come to bed. Jerry said, ‘That’s because you don’t know how to handle your wife. When I come home, I make Lois get up and take a shower.’”

Great fun was had by all. Which it always is at such events, because the truth is, you only roast the people you love.