at Old School Square In March

Ticket to the Moon: An ELO Tribute – March 11

(Delray Beach, FL – February 12, 2020) MusicWorks is presenting three major concerts next month at Old School Square, located at 51 N. Swinton Avenue in Delray Beach—two in the Crest Theatre and one at the Outdoor Pavilion.

Singer and Recording artist, Tony Kishman is the creator and band leader of Live & Let Die; a full multimedia experience celebrating the music of Paul McCartney and featuring four multi-talented musicians. Kishman starred for six years in both the national and international tours of Broadway’s smash hit musical, Beatlemania, and also performs in the International Symphonic Beatles production, Classical Mystery Tour. He has been performing his award winning show around the globe for more than a decade, bringing the music and the magic of both Paul McCartney and the Beatles to a new generation, earning raves by ‘Beatlemaniacs’ for his uncanny resemblance both visually and vocally to the beloved Beatle.

Ticket to the Moon: An ELO Tribute

Emulating The Electric Light Orchestra (ELO), the award-winning English rock band that formed in 1970. Ticket to the Moon is a 10-piece group presenting over two dozen of ELO’s hits—music characterized by a fusion of Beatlesque pop, classical arrangements and futuristic iconography. The original ELO were billed in the United States as “the English guys with the big fiddles;” Ticket to the Moon is no different. Audiences can expect an explosion of phenomenal sounds from multi-instrumentalists on guitars, vocals, keyboard and multiple string players. Audiences will be standing, singing and dancing to many of their favorites, including Evil Woman, Strange Magic, Telephone Line, Livin’ Thing, Don’t Bring Me Down, and Can’t Get It Out of My Head.

Pink Floyd’s legendary and controversial concept album remains one of the biggest selling recordings of all time and a major moment in rock history. From Another Brick in the Wall and Comfortably Numb to Hey You, music fans can once again experience this highly acclaimed album.  (Doors open at 6:30 pm)

How to Get Concert Tickets:

Tickets for these MusicWorks Concerts can be purchased online at www.OldSchoolSquare.org or by calling the Box Office at 561.243.7922, ext. 1. 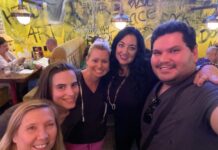 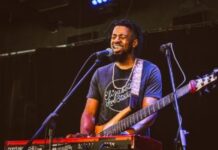