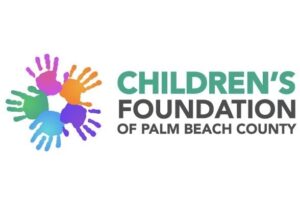 Established in 2010 and supporting 25 local children’s charities, Boca West Children’s Foundation has expanded its reach outside of South County by adding new board members and with plans to add new charity partners in the coming months.

“The Foundation’s impact on local kids has been tremendous, as we’ve been able to provide essentials for 5,000 children each day, providing cribs, diapers, after school care, tutoring, summer camps, sports and music programs, meals, school supplies, college scholarships and more,” said Pamela Weinroth, executive director and COO, for the Children’s Foundation of Palm Beach County.  “We are grateful that we can expand these efforts to reach even more kids, thanks to the efforts of our new board members and all of our supporters.”

The new board members are:

Sharyn Frankel of Palm Beach. Since joining the board recently, Sharyn has hosted bus tours of local non-profit organizations, showing what the Foundation does and how extensive the need is. Sharyn’s professional career began in 1973 when she co-founded Stuart Frankel & Co, presently the oldest privately-owned firm on the New York Stock Exchange.  She continues to work along side her husband, Stuart, on a daily basis. Sharyn began working in the non-profit world in 1968 in New York City on a newly formed chapter of the American Cancer Society.

Michelle Gluckow of Palm Beach Gardens. Michelle has a marketing and sales management background and has a Masters Degree in Business Administration. She served as Director of Marketing for Helena Rubinstein Cosmetics and later joined a family book manufacturing business where she was Executive Vice President. She is involved in several charitable organizations in Palm Beach County.

Linda Schaps of Palm Beach.  Linda has worked as a Title One Reading Specialist and a Clinical Social Worker in New York. Her professional career centered in the South Bronx. Problems with teenagers, who could neither read nor write introduced her to gangs and the frustrated families. Often times, they just gave up. The work was endless and frustrating; as the systems were often, at times, as difficult to deal with, as the students and their biological or foster parents. In addition, Linda trained and counseled foster parents. Linda’s background and life experiences have given her a great insight for her work with the Boca West Children’s Foundation.

Barbara Stoller Wittenstein of Palm Beach.  Barbara is dedicated to expanding the Foundation’s community outreach, especially to Palm Beach, where she resides. Prior to her retirement a few years ago, Barbara’s professional career was in executive search, where, for many years, she managed the Human Resources Practice for Solomon Page in NYC.  Barbara is married to Myles Wittenstein, and together, they enjoy being involved in the community, in whatever way they can make a positive impact.

The Foundation was launched in 2010 and its mission is to identify and fund project-based programming that assists children and their families in need in the area. Since its inception, the Foundation has funded more than $10 million for 25 charities, reaching more than 5,000 children daily in meaningful ways. The organization’s volunteers give more than 250,000 hours of their time annually to its partner agencies.

About the Children’s Foundation of Palm Beach County