The Applause Inside: Part 3 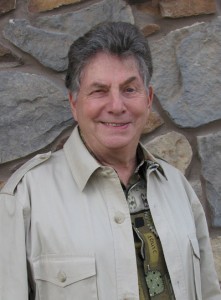 Below is the continuation of a science fiction tale that appeared in the two previous issues.

A three-man team of extra-terrestrial Universe Innovators had been given the task of bringing a newly-emerging planet – Earth —  into a state of Oneness with the rest of the Universe in only 50 billion years … thus shaving two billion years from the usual process.

To be eligible, Earth must first achieve Oneness on its own planet.

Constance, a striking-looking woman in her mid-40s, sits alone at a large desk, twirling a pointer. Behind her, a huge map of Earth covers the entire wall.

A man and woman enter and sit at smaller desks, a large tablet on each.

“Good morning,” Constance says. “My name is Constance, And you are George and Edith, correct?”

They nod in unison.

“You should know I missed the big meeting last week, when the committee discussed the current problems on the planet Earth. The next day, when the Chairwoman explained those problems to me personally, I said, ‘They’re unfixable.’

“Then, as a kind of punishment for missing the meeting, she shrugged and said, ‘So find a way to fix them.’ Next thing I know, you two are assigned to me because you were the only two who voted against the planet’s destruction.”

“We know about Earth. And that the first team that worked on it was exiled.” Edith says.

“And that all their ideas backfired,” George adds.

“Correct,” Constance says. “Their revolutionary ideas have been kept confidential until now. It’s all in the reports in front of you.

“As you’ll see, the first team tried everything. They decided on two genders instead of the standard six. Copulation as a means of propogation … and while most have remained monogamous, even the institution of marriage has not prevented an overpopulation crisis.

“Most critically, our predecessors selected one species as the most able, and gave them brains almost as big as ours. Then they manipulated the DNAs of this species, which they call humans, and implanted a first-of-its-kind gene: the humans hear applause inside themselves, so they crave it from others.”

After rifling through his report in one minute, George says, “Well, they had to pick up two billion years in the planet’s growth, right? Advanced brains and an applause gene might lead this new species to discoveries hundreds of million years earlier than – “

“It did precisely that,” Constance interrupts.“Disaster. Why you two voted to keep the planet in existence baffles me. Men are beating, raping and killing women; terrorist groups are kidnapping children; leaders of countries foment hatred to justify wars; guns proliferate the entire planet. It’s chaos down there! This new race couldn’t handle the boundaries they created, let alone the big one that existed.”

“So what? Why should skin color make a diff–

“They never trusted each other. In fact, a few millennia after they had created money, the white skins ended up  capturing the black skins and then selling them to other white skins. The black skins  became property. Slaves. Went on for several hundred of their years.”

“Wait, wait, stop!” George yells. “Capture? Capture?  Didn’t the black-skinned ones resist? I mean, how could the white skins get away with capture?

“They’d already invented guns and money?” George asks. “That’s what wiped out the planet Yorgus in only seven billion years!”

“No!” Edith says. “Abstract ideas? No! That means religions! Way too early for religions!

“Now you understand the mess our predecessors have made of this planet,” Constance says, rising with her pointer and moving to the map.

“Then after the second war,” Constance continues, “former enemies become great friends. Incomprehensible. Now, because this human race has become so unpredictable, the committee believes another war is inevitable, and that these large-brained imbeciles will eradicate their entire civilization.

“So, last week, the committee decided to let them just go ahead and destroy themselves. As you know, you were the only two who voted against that.”

“The committee is collectively blind to what this race has achieved!” Edith says, standing up angrily, “Look at all their accomplishments!

“They’ve created music! First planet to ever create music! And language! Spoken and written! And art! Give them a canvas or even just a sheet of paper, and theyll re-create entire countrysides! Portraits! Anything!

“Some of them,” George says.

“Most of them!” Edith retorts quickly.

“So what? Look at what they’ve achieved! Diseases that used to kill millions don’t even exist any more! And they’re on the verge of wiping out dozens of others. They’ve even learned how to fly! And get to their own moon! We don’t even know all they’re capable of! How can you want to destroy that?”

Constance sighs. “We don’t have to,” she says. “They’ll find a way to destroy themselves. They’ll just use hatred, as they always have. Some of their leaders will –

“You mean something they can all hate together,” Constance says dubiously..

“Yes! Something that threatens everyone.”

“No! I’m talking about something more subtle than rockets, but will threaten everyone, everywhere, and bring them all together.”

Edith takes a deep breath. “We warm up their entire planet.”

For a moment, total silence.

“So,” Constance says, “our solution becomes their problem!”