A Battle over Battle Royale

My friend might have been on to something when her kids were still babies.  She said she would put them to bed and tell them to go to sleep. If they woke up, she’d check them and put them right back to sleep.  I thought I had to get up to feed and cuddle and rock them to sleep. I sang songs and stayed with them until they slept, sometimes hours.  As they grew she worked full-time and eventually sent them off to boarding school for high school. Ingenious!   I was too exhausted to consider any outside job. I am tired and burnt out from watching every move, lecturing, talking, playing idiotic board games, and taking them to jump around at the park.  I’m taking a break.

They are now both preteens and can handle basic needs themselves.  On the other hand, they seem to be handicapped by excessive amounts of mothering.  They can’t figure out which classes to take in school, keep track of deadlines, not self-motivated to do their volunteer activities and can’t figure out how to keep track of their belongings.  I believe I overdid it and in turn failed them. They are spoiled, overindulged, suburban brats.  It really came to a head as we went to a Superbowl rally.  They were excited to go, mostly because they wouldn’t have to do chores.  There were a lot of activities; Blue Man Group performing, goodies to eat, football icons and music.  But half way through the rally, they started to whine that it was boring and they wanted to go home TO PLAY FORTNITE.  I said I want to stay for the entire rally.  The people sitting around us turned and looked. Even they were exasperated.  I held my ground, but said we could move so that we were closer to the exit ready to go when it was over.  The whining resumed. They noticed cake being served and we went over to get some. In the meantime, they launched fireworks that we couldn’t see from inside the pavilion. By the time we had our cake, the event was over and it was time to get in the car. I was really angry. I said they owed me all the chores they left undone.  Once home I showed them what they needed to do and it still took at least three reminders to get dirty clothes into the hamper, and the dishes never got done. In fact, the breakfast dishes are still on the table FROM THIS MORNING as I write.  They don’t care. To them, I’m their slave. So, I’m taking away their fun. No more computers or Battle Royale.

If you’re even considering purchasing a Wii, Nintendo or gaming device, DO NOT BUY ONE!!! It rots kids’ brains. It’s to the point my son registered for a study hall so that he would have more time at home to play computer games. This is a kid that previously wanted to do coding and computer programming.  It’s as if he had been on pot or heroin. No interest except for when he can get his next hit, his next kill, or his next score. We had already installed parental controls limiting time to 1 hour a day. It was too late, they are already hooked from excessive time.  We thought they would get tired of it and it would fade like Minecraft came and went. It did not.  If they had spent the same amount of time practicing piano they could be at Carnegie Hall.

Studies have shown there is some influence on development when kids play violent games.  Changes affect brain function and social development. That’s the gist I gathered from reading various online sources.  I had the “it won’t happen to me” syndrome. Well, maybe some kids can cope. The odds aren’t working in my favor. At the very least it has disrupted the calm flow of activity and created disagreements and disputes.  The Battle must end and I’ll be the “Bad Mom” and take away the keyboard and confiscate phones so that we can get on with real life. Be bored kids, you blew it with your whining and brain zapping Fortnite. Meanwhile I’m going to take back my life; going to my exercise class, taking a shower, making MY favorite lentil soup, and finding a different job. Boom, Battle Royale. 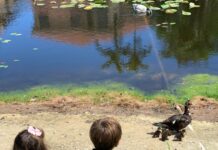 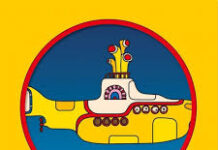 Never in a Million Years Did I Think I Would Become a Homeschool Mom!