The Right to Bear Arms

Your rights as a shopper have been distorted, bent and kicked around for generations, starting in old, small strip malls. It seems in today’s world of spending more money than you make, we shoppers should get more respect.  “It’s a big weekend special sale!”

Where have we heard that before? Think of those price guns in the stores marking down those hot selling teddy bears and tight fitting blue jeans, and, of course, the cell phones. “It’s on sale!” Today it seems that everyone wishes they had a mall pricing gun and knew how to use it.

Teenagers, mothers and other warriors in uniform, you have the “Right to bear credit cards” it’s been a shopping mall tradition for years. It always feels good to let the mind and body wander through the mall, carelessly shopping. It’s better than church on T.V.  and lasts longer.

All of the holidays have been glorified, making them into shopping bonanzas. From Martin Luther King’s birthday to Christmas it goes on and on. It  seems like the holiday shopping starts earlier each year, every year! This is how we celebrate the birth of Christ. Christmas? It’s the Super Bowl of shopping that lasts for weeks with no clear winner other than the department stores and the credit card companies. Also winning are the on-line companies and, God forbid, the on -line giants that are killing all the small business’s in the country. It has started a new form of unemployment and family sorrow.

It’s the same “on-line” that a person can find out how to make a bomb, or modify a simple hand gun into a machine gun that shoots hundreds of bullets in seconds.  Buy an AK 47, ready to fire! Where is this going? You do have the right to bear Arms. But really?  Is firing these guns as much fun as the feeling of overwhelming joy of finding that empty parking space near the mall’s front door?

Every news-cast seems to have a story of someone using another type of gun, other than the price gun.  And many times it’s a good reason, protection of his home or himself. Many times it’s a sad story of a loss of an innocent life. It leaves a person wondering how this sad story could ever happen. Where and how did this person get a gun?  What happen to the price- gun that brought happiness in spending? Who’s the blame for this mess and hurt?  Is it the movies, video games that our children play, cell phones or maybe James Bond? Do you really need an AK-47 to kill a deer?

Maybe the teenagers are right, we need to spend more time in the mall. No-one ever held a credit card to the side of your head and demanded your wallet. We just hand them the card and we smile. I mean, look who we are supporting; the big department stores, major corporations, tire stores, electronics stores and the government of and for the people. “No interest for six months.” The price gun never runs out of ink as compared to the pistol that never runs out of bullets. Which one brings true happiness? I‘ve tried to put myself into different situations in the gun world in which we live. Who are these people who hide behind the rights to bear arms?  How many guns does a person need to protect his house, and from whom?

Now, I’m a hunter, brave and true, and this is my trusty gun

I hunt wild rabbits, ducks and geese and kill them just for fun

Those armor- piercing, Teflon coated bullets are the best

Especially for shooting those squirrels who might wear bullet-proof vests

Now, I’m in the NRA, an honorable man

Defending the amendments rights as a good American can

Now, I’m in the Senate and nobody’s fool

And I believe in gun control, but all you need to know

The NRA is where I get my campaign dough

Now, I was toilet trained at 23 because I was insecure

I’m a paranoid schizophrenic with delusions of grandeur

But, though I cannot drive or vote, I still can buy a gun. 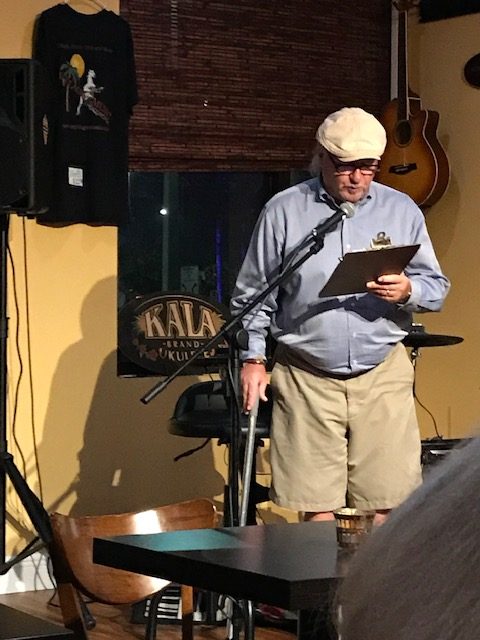 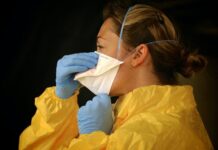 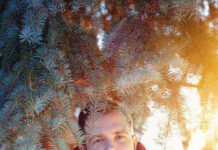