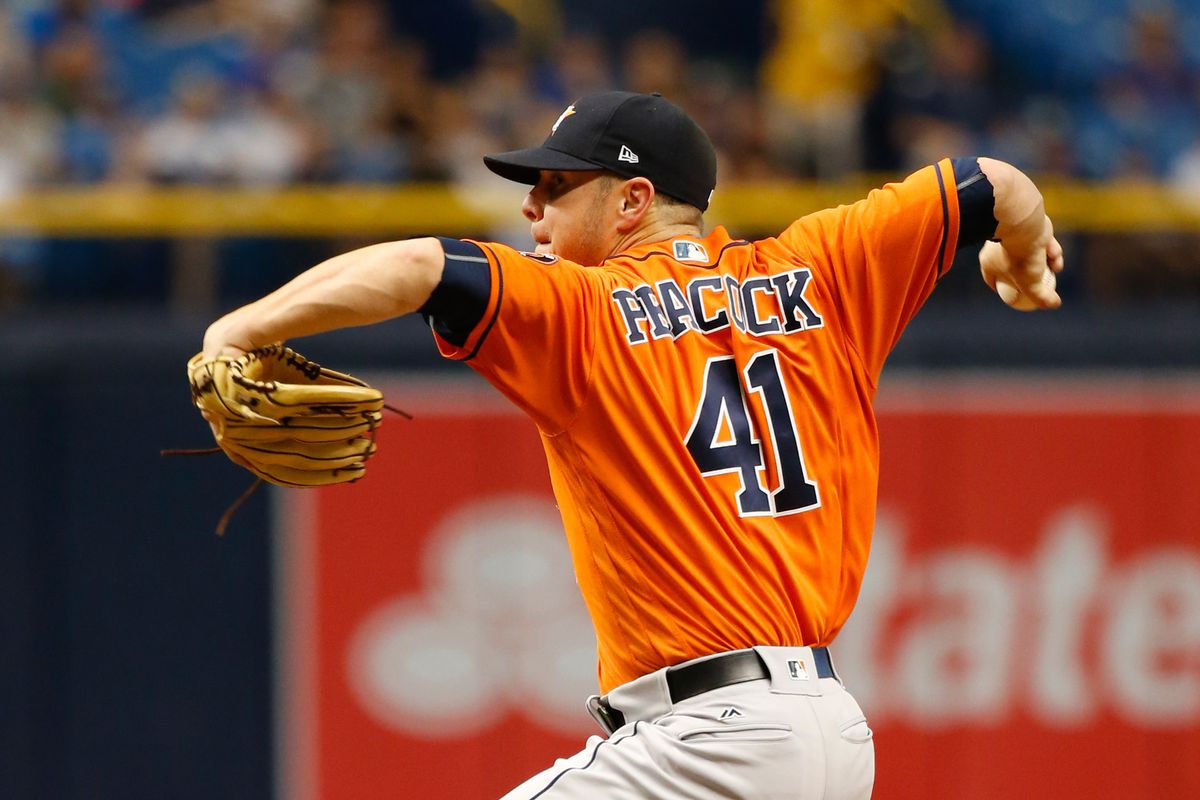 In 2017, Peacock began the season as a relief pitcher for the Houston Astros. On May 22nd, he received a spot start in place of Dallas Keuchel due to an injury. Following his start where he allowed only one hit and no runs in 4 1/3 innings, Peacock replaced Mike Fiers in the starting rotation. The Astros faced the Los Angeles Dodgers in the World Series after winning the American League West with 101 wins. Peacock  earned his first major league save in Game 3 by finishing the final 3 2/3 innings of a 5-3 win where he allowed no hits and struck out four. This was the longest hitless relief since Ron Taylor’s four innings in Game 4 of the 1964 World Series. Peacock tied with Ken Clay for the longest hitless postseason save, which was first accomplished in the 1978 American League Championship Series. The Astros went on to win the 2017 World Series, the first in their franchise history. Peacock is from West Palm Beach, Florida. He attended Palm Beach Central High School in Wellington, Florida

The event, which draws 20,000 spectators, will take place on Sunday, December 10th. This year’s theme, A World of Make Believe, will be on display as participants ride and walk the route of the parade beginning at 1:30 pm up Forest Hill Boulevard. To ensure a safe path for pedestrians, road closures will begin at 1:00 pm.

Holiday Park sponsored by Waste Management along with Center for Bone and Joint, Retreat of Palm Beach, International Polo Club, Winter Equestrian Festival and Global Dressage, will be open from 11:00 a.m-4:00 p.m., featuring Anna and Elsa to greet the little ones and exhibitors offering arts and crafts, food, face painting, music, inter active displays with local businesses and more. The holiday Park is located at the Wellington Amphitheater.