Nominated Photograph Will Be Displayed on Big Screen in NYC

Wellington , FL – Wellington H.S. senior Allison Parssi was honored recently by the Alliance for Young Artists & Writers with 5 gold keys and a silver key in a regional competition open to students in Palm Beach and Martin Counties .

Upon entering the EG2 Gallery in CityPlace, where her work is on display with other gold and silver key winners, Ms. Parssi was surprised and happy to see that one of her photographs had also been nominated for an American Visions & Voices Award. This is the second year in a row that one of her photographs has been nominated for the prestigious award.

Ms. Parssi was further honored to learn that her nominated photograph, a black & white image titled “Margie” taken with her vintage 4×5 camera and developed by the photographer in in a darkroom, was selected for display on a large, lighted screen near the convention center in Manhattan during the 2012 National Art Educators Association’s annual convention. A digital rendering of the image will be displayed at 16 feet tall x 30 feet wide.

Upon graduating from Wellington High School , Ms. Parssi will attend the Rochester Institute of Technology, in upstate NY, where she will major in photography.

The Alliance for Young Artists & Writers celebrates the creative achievement of America ’s teens. The Awards were founded in 1923 to offer recognition and scholarships for students for their artistic talents. Students who excel in the visual arts and creative writing participate in The Awards to earn recognition, get their work exhibited or published, and to earn scholarships. The Alliance presents over $250,000 annually in awards and scholarships to top winners of the Awards and their teachers.

During the 2011 program year, more than 50,000 students were recognized in their local communities, and 1,300 students will receive National Awards. Students and teachers will be celebrated at regional ceremonies, public events and the National Ceremony at Carnegie Hall.

·      Gold Key: The highest level of achievement on the regional level. Gold Key works are forwarded to New York City for national adjudication.

Silver Key: Works worthy of recognition on the regional level.

Gold Medal: The most outstanding works in the nation.

The Educational Gallery Group, located at the north end of CityPlace next to Barnes & Noble, will display the gold and silver key winning works of art, including photography, painting, jewelry, sculpture and other 3D works, through the end of February.  Telephone (561) 315-6242. 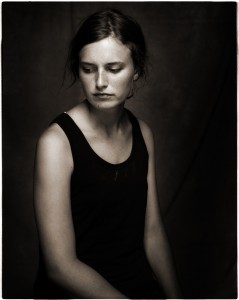 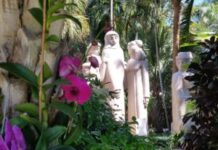 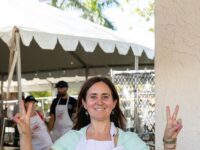