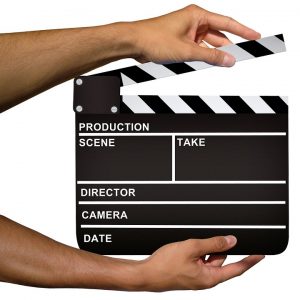 A friend recently asked me if I’ve always been grumpy. No, actually. It took 50 years in advertising to hone my cantankerousness.

By the early 70s, research had replaced reasoning in most large advertising agencies. Especially at Leo Burnett, where I worked.

For example, after meeting outrageously tight deadlines, we would ask the assigned account executive when our ideas would be presented to the client. The consistent answer:  “We’ll see when the nums and figs come in.”

When the nums and figs went south, everyone blamed everyone else, and most of us booked an extra session with our shrink.

However, the cry for research gave birth to my favorite commercial of the hundreds I’d written over the years.

It was 1973. Secret Deodorant for women (a Procter & Gamble product) was slipping in sales, and wanted a new approach. When this happens at an agency the size of Leo Burnett, the entire Creative Department gets thrown into the fray.

At that time, Procter & Gamble was the only one of our clients who would spend the money to actually book commercial time for just one commercial. And for this test, P&G would pay for the low-cost production of four different commercial ideas.

We had four working days.

Paul (my art director partner for two years) and I had established our own “hate session” protocol for conceiving ideas: work separately for one hour, get together and hate each other’s ideas, and then brainstorm for an hour and go back to working separately.

“We’re thinking of one-shots instead of a campaign idea,” I said to him the morning of the second day. “We may be testing only one commercial one time, but it’s got to be easy to envision subsequent commercials.”

Before lunch that day, Paul said, “I’m leaving early for lunch. I can’t think any more. I’m a nervous wreck.”

When he came back from lunch, I said, “You just wrote our campaign.”

We built a campaign around the line, “When you’re a nervous wreck, you’ve got a great Secret.”

We presented a “book-end” concept to our Creative Review Committee: a lead-in commercial at the beginning of the televised program and another at the end. In the first commercial, a young guy is taking his girlfriend to meet his parents for the first time; in the closing commercial, his mother and placating father await their arrival. Both women are basket cases.

In the opening commercial, the young guy, an insensitive clod, says things that only exacerbate the girl’s anxieties, such as: “I’ve only brought a few girls to meet my folks, but I’m pretty sure my mom’ll like you.” The girl mumbles very quietly, “I’m a nervous wreck.”

And in the closing commercial, the mother is walking in circles while the father is trying to calm her down. Finally, she stops and shouts, “What if she doesn’t wear a bra?!”

Both commercials end in the same way: the folks greet the young couple at the front door, and the nervous mom and young girl simultaneously say something completely absurd. The mom: “The Wilsons next door just went on vacation.” The young woman: “I just finished reading, ‘Magic Mountain.’” Then everyone laughs.

After one week of nine-to-five presentations from 87 teams, and in the interest of time no pre-presentation research, the CRC selected nine different campaign ideas to bring to P&G. “Nervous wreck” was one of them … and one of the four selected to actually be produced.

Forty-four years ago, auditions took place at the huge casting agencies. When it came to two people in a commercial, the casting agency and Leo’s production staff would arbitrarily pair people up, with scripts, in the waiting room; there, they would rehearse and wait to be called in.

George, our producer; Sy, the director we’d hired, and Paul and I sat and listened to five young pairs and five middle-aged pairs act out their lines. We agreed quickly on the older pair and a young guy named Hal something.

But the young girls overacted horrendously. Two of them were simply too beautiful (even though my production notes had specified no model types).

Then Karen walked in, a slim, pleasant-looking young woman who (unlike the others) handed us her script, smiled and said, “I have four words to say, why do I need a script?”

Then she sat down and assumed a pose on her chair like a statue. Complete deadpan. Immobile. Eyes frozen in a terrified stare. When Hal said, “You’re gonna love my parents,” she barely mumbled, “I’m a nervous wreck.”

We shot both commercials in one day; they aired three weeks later.

We waited. And waited. Bugged the account executive for answers. Nothing.

Finally, two weeks later, everyone was called into a meeting. All four creative teams, the research and media departments, and a slew of account executives. The management supervisor (one of those moguls you might see twice a year) opened by saying, “You have made all of us very proud. Procter & Gamble wants you to know they think you’re all terrific.

“And all of your ideas tested very well. All of them. However, the client has decided to continue using the present campaign.”

The silence was palpable. We all slumped back to our offices. A week later, we were informed that Budweiser sales were slipping.

The new gang up started the next day.