“The 2018 season showcases a wonderful mix of two well-known, beloved operas and one Palm Beach Opera premiere,” said Daniel Biaggi, General Director. “We are delighted to welcome so many internationally acclaimed performers to Palm Beach in important productions, which are sure to excite our audiences. Building on last season’s growth of our subscriber family and patrons overall, we anticipate several sold-out performances again.”

· Giacomo Puccini’s TOSCA
January 26-28
A tragic tale of a romance complicated by dirty politics and betrayal, TOSCA will feature a stellar cast of amazing performers, including:
+ Soprano Keri Alkema, whose lirico-spinto soprano voice has been praised by The New York Times as an “appealing brew of dark and creamy colors.” She will portray the title role on January 26 & 28.
+ On January 27, Alexandra Loutsion returns to the Palm Beach Opera stage as Floria Tosca, following her successful performance earlier this year as Cio-Cio San in Madama Butterfly.
+ The lead tenor role of Cavaradossi is shared by Riccardo Massi (January 26 & 28), who recently performed the same role at Royal Opera House Covent Garden; and Adam Diegel (January 27), who thrilled the audience last season as Pinkerton in Madama Butterfly.
+ Scarpia is portrayed by Michael Chioldi, who’s been seen on the Palm Beach Opera stages as Rigoletto, Macbeth, as well as Germont (La Traviata).

· Leonard Bernstein’s CANDIDE
February 23-25
From February 23-25, Palm Beach Opera celebrates the 100th anniversary of Leonard Bernstein’s birth with his comic operetta CANDIDE, in the first ever fully staged Bernstein work presented by Palm Beach Opera. For this colorful multi-media production, Chief Conductor David Stern (a friend of the Bernstein family) will be at the musical helm, and Jay Lesenger will be the stage director.

Antonino Fogliani returns to conduct the Palm Beach Opera Orchestra and an international cast that includes Italian Marko Mimica in his Palm Beach Opera debut as Figaro, and Janai Brugger, Palm Beach Opera’s Juliette in Roméo et Juliette and Norina in Don Pasquale, will appear as the bride-to-be, Susanna.

The Countess will be sung by Caitlin Lynch, whose performance of Mozart’s leading ladies at the Metropolitan Opera, Seattle Opera, Glyndebourne, and many more have drawn consistent praise. Multi-media artist David Adam Moore, praised for his “lush baritone,” sings the Count, and Irene Roberts, graduate of the Benenson Young Artist Program who has gone on to the San Francisco Opera, Metropolitan Opera, and Berlin State Opera, returns to Palm Beach Opera as Cherubino.

Additional events scheduled are the annual Liederabend performance, the Palm Beach Opera Guild Annual Dinner, Opening Night Dinners, and the Lunch & Learn series. Details for these as well as other community engagement programs will be released at a later date, and will be available on the Palm Beach Opera website at www.pbopera.org.

How to Get Subscriptions to Palm Beach Opera’s 2018 Season:
Subscriptions start at $60 and are available at 561-833-7888 or pbopera.org. Individual tickets will be available for purchase this coming fall.

About Palm Beach Opera:
Palm Beach Opera is dedicated to producing live opera at an international standard of excellence and to enriching the life of the communities it serves with a diverse offering of educational programs. Founded in 1961, the fully professional Palm Beach Opera presents main stage performances at the Kravis Center for the Performing Arts in West Palm Beach and is a proud member of OPERA America and the Cultural Council of Palm Beach County. For more information, please visit pbopera.org. 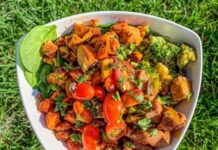 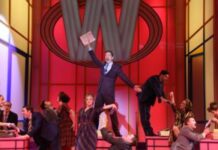 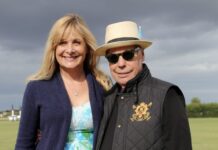