The YWCA of Palm Beach County is seeking nominations for its 2018 Grace Hoadley Dodge Award. The award is presented annually to a woman residing in Palm Beach County who has overcome adversity and in the process has not only empowered herself but also created opportunities for and led other women toward their own empowerment. These accomplishments have been achieved with dignity and a commitment to peace, justice and freedom.

Grace Hoadley Dodge benefited greatly from the wealth and business acumen of her family. In 1874 at the age of 18, she dropped out of Miss Porter’s School, determined that her interests were not in the program offerings but in helping people in need. She began her career as a social worker and philanthropist teaching Sunday school and sewing classes. She taught for five years at the Children’s Aid Society in New York. She initiated tenement reform in 1879 from her position as Chairperson of the Working Girl’s Society’s Committee on Elevation of the Poor. She was instrumental in the development of the Kitchen Garden Association in New York, later reorganized into the Industrial Education Association that in 1889 became Teachers College. The college became a part of Columbia University in 1889. In 1886 she was given one of the first two seats for women on New York City’s Board of Education. She help establish the Girls’ Public School Athletic League in 1905, acted for six years as the first President of the YWCA of the USA, and was influential in the consolidation of church groups into the New York Travelers Aid Society in 1907 and in the organization of the American Social Hygiene Association in 1912.

Information required on the application includes the nominee’s name, address phone number, and current occupation as well as the adversity she has overcome, how she overcame it and how she has helped empower others. The name and contact information about the person making the nomination is also needed.

The award will be presented at the YWCA’s “Down South” Luncheon on October 10, 2018, at the Kravis Center. 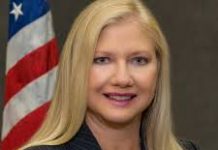 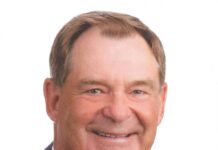