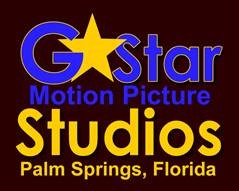 Palm Springs, Florida, April 18, 2016– G-Star School of the Arts for Film, Animation and Performing Arts’ (www.GStarSchool.org) alumni and independent filmmakers Wally Aime, Raymond Knudsen, and Rashard Martin head to produce their feature-length film drama, “The Awakening.” The film is scheduled to shoot at the G-Star Studios throughout the entire month of June 2016.

“The Awakening” will be the first feature length film created by G-Star alumni in the school’s history,” stated, Greg Hauptner, Founder and CEO, G-Star School of the Arts. “We’ve had many alumni short films produced here, but this is the first full-length movie written, produced and filmed by graduates of the school.” We are excited they are producing it here,” added Hauptner.

The film is written and directed by Rashard Martin, a notable alumni of G-Star who was heavily involved throughout the school’s film program and student government activities. Cinematographer and musician Wally Aime and producer Raymond Knudsen have been award winners at the Fort Lauderdale International Film Festival and Palm Beach International Film Festival in the recent past are also among the crew. Knudsen was also a 2014 Burt Reynolds Scholarship winner for his achievements at G-Star School of the Arts.

The story of The Awakening, follows two recovering drug addicts whose paths cross in a coming of age story of recovery, compassion, and redemption. The goal of the three filmmakers is to bring worldwide awareness to drug abuse of all kinds. “Our film is going to show the extreme side effects and consequences of drug abuse, and how this is a multi-generational problem that needs the utmost attention possible in order to make an impact in people’s lives,” Knudsen says, who is the producer of this project.

Martin says he and his team are thrilled at the opportunity to head back to their high school to film their first feature film together, “One of our goals is to involve as many student actors and filmmakers in our film. This is the place where we began our filmmaking careers, and even though we are extremely focused on making the best film possible, it’s also time to give back to our school as well,” said Martin.

To schedule an interview with any of the production or CEO of G-Star and for location coverage access, please contact wendy@transmediagroup.com.

Accolades: G-Star is an “A” rated school 6 years in a row. It is academically in the top 1.2% of all high schools in the nation according to the Washington Post. The U.S. News & World Report named G-Star one of “The Best High Schools in America”. G-Star awarded “The Number One High School for Film in the World” in London by the Raindance Film Festival, Europe’s largest independent film festival. G-Star graduates 99% of its students with 97% going on to college. G-Star students have been accepted into Juilliard, Oxford University (England), West Point, Naval Academy at Annapolis, NYU, USC, UF, FSU, UM and many more. Where are our graduates today? Here’s a brief list: Sound Engineer for the Jimmy Fallon Show, Universal Studios, Warner Bros. Studios, Disney, reality star of Syfy Channel’s FACE OFF, Jim Henson’s Creature Shop (Muppets), Hulu, several own their own production companies, traveling the world doing documentaries, and much more. G-Star has partnered with the Palm Beach International Film Festival as their mission aligns with dedication to making a difference in the lives of future filmmakers. 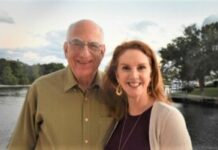 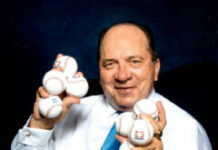