Are You Almost Inviting Mosquitoes to Bite You? 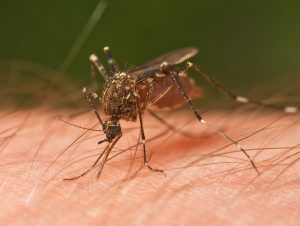 My husband and I can be standing side by side outside and he will end up covered with itchy welts from mosquito bites, whilst I can come away practically unscathed.

So is that luck, my imagination or is it scientifically possible?

Well, whilst it is no comfort to my husband or those of you who suffer the same unpleasant fate, research has proven that mosquitoes DO have preferences when it comes to picking out their victims.

In a feature by WebMD, Jerry Butler, PhD, professor emeritus at the University of Florida posited that “one in 10 people are highly attractive to mosquitoes”.

Surprising as it may be, mosquitoes do not suck blood for food. In fact, only female mosquitoes bite people as they need proteins from human blood to develop fertile eggs and create more mosquito babies.

Genetics account for 85 percent of our chances of getting a mosquito bite.

Some blood types are actually “sweeter” than others. A study found that people with Type O blood are 83% more likely to get bitten. People with Type A blood are the least likely prey, while those with Type B blood are neither one or the other, probably just wrong place at the wrong time! Also 85% of people actually produce a secretion that almost tells the mosquitoes their blood type.  This obviously makes them them an easier target over non-secretors, regardless of blood type.

The larger the body the more carbon dioxide (CO2) is released as a larger person will often exhale more. Unfortunately, mosquitoes can actually sense CO2 from up to 50 meters away. This is their primary means of pinpointing a target which explains why adults will often be bitten over children, men are also more likely to be targeted over a women and obese people over someone with a healthy BMI (body mass index.)

According to a study done in Africa, pregnant women are twice as likely to attract mosquitoes compared to non-pregnant women. Once again this is due to the greater amount of CO2 expelled. Studies have shown that women in the later stages of pregnancy exhale 21% more CO2 than non-pregnant women.

Lactic acid is a compound produced by the body after any activity that builds up a sweat. So whilst you might be doing something positive for your health by exercising, unfortunately the down side is that mosquitoes are attracted to lactic acid! To make matters worse that very heat your body is radiating after or during exercise is another thing that mosquitoes find irresistibly attractive. So yet another reason why you may be increasing your chances of being bitten.

You are harmlessly enjoying a nice cold beer at a bar-be-cue, or a relaxing glass of wine with your al fresco dinner and BAM! You end up coming inside either covered in bites or irritated because you are fighting off the little devils! Unbeknown to you, you are glowing like a beacon to a mosquito, as consuming alcohol raises your metabolic rate and your body temperature, so you are literally pointing a large arrow at yourself to the mosquito population.

So we now know mosquitoes rely on their sense of smell to find their target but they also use sight. Therefore, if you are wearing red or a dark color such as black or navy blue then you are going to be targeted over someone wearing white for instance. Dr. Jonathan Day, a medical entomologist and mosquito expert at the University of Florida, explained, “Mosquitoes have problems flying in even a slight wind, and so they keep close to the ground. They spot hosts by comparing your silhouette to the horizon. Dark colors stand out, while light shades blend in.”

People who produce excess amount of certain acids, for instance lactic acid or uric acid or have a high concentration of steroids and cholesterol on their skin surface, will often attract mosquitoes. On the other hand, a study done by the London School of Hygiene & Tropical Medicine found that people who are bitten less frequently seem to “smell differently to mosquitoes”, it’s almost as if they were producing their own natural repellent.

I think my husband wishes he was one of those people! 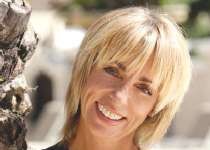 Learn How To Have A Great Massage Without Leaving Home 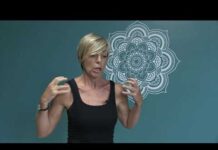 LEARN HOW THIS ONE MUSCLE COULD BE AFFECTING YOUR HEALTH AND WELLBEING! 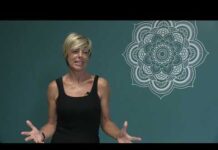 LEARN THIS SIMPLE TRICK SO YOU NEVER HAVE TO DO A SQUAT AT THE GYM AGAIN!